When it comes to using French pronouns, you find them quite challenging, don’t you?

Do you have a feeling that you will never learn how to use them?

Don’t despair, because most French learners feel that way.

Lucky for you, in this article we’re going to talk about French pronouns, both direct and indirect. We will also show you the difference between them which will help you to put that knowledge to practice.

To effectively understand how pronouns work in French, you need to understand what they are first and where they are placed in a sentence.

A pronoun is a word that replaces a noun. It can function as a noun phrase by referring to other participants or someone or something mentioned in the discussion.

For example, John met Susan and he shook hands with her. Words he and her are pronouns.

Pronouns in French are similar to the English ones.

However, don’t confuse these two by simply translating from one language to another.

In English, in many cases, it’s acceptable to use both direct and indirect objects.

In French, there’s a clear difference between them. In the following lines, you will be able to read our detailed explanations about direct and indirect French object pronouns.

Personal pronouns represent a grammatical person in a sentence. They replace who or what in the sentence.

In the following lines, you’ll see the personal pronouns in French:

Please note that the apostrophe after the letter ‘J’ is used when the word begins with a vowel.

The ‘Vous’ pronoun is used in several cases:

The ‘IT’ Pronoun in French

Those who are already learning French are familiar with the fact there’s no neutral gender.

The French language has only masculine and feminine genders, so everything is either ‘he’ or ‘she’; animals, flowers, people, objects, etc.

French direct object pronoun, or in French, ‘Complement d’object direct,’ appears in the sentence with a transitive verb. Direct objects can often be replaced by pronouns.

Below, you can find direct object pronouns in French:

Note: Like with personal pronouns, the ‘Vous’ pronoun is used both formally and informally.

How to identify the direct object?

To figure out which pronoun you have to use, you have to determine whether you need a direct or indirect object.

There are three main ways that can help you identify whether you need direct or indirect object:

If the object is followed by one of these, then we are talking about the direct object.

Complément d'objet indirect or French indirect object pronoun is affected by the transitive verb in the sentence.

These pronouns are a bit different from the previous ones:

Lui- Him or Her

Vous- You (both formal and informal)

Understanding the difference between Direct and Indirect Pronouns

To understand what pronoun to use, you need to understand the grammatical value of the word.

The key to understanding is asking grammatical questions.

Have in mind that it can be a bit confusing, especially for English speakers since they use direct objects where French would use indirect and vice versa. So, pay attention and ask the question in French, not in English.

For direct object, questions are:

For indirect, the question is:

To completely understand what we are talking about, let’s take a glimpse at the following example:

In this example, ‘les fleurs’ represent an object. So, to find out the direct object,  we ask a question ‘Subject+ verb+ qui/quoi?’ More precisely, it sounds like this: ‘Marie donne quoi?’

To replace the object with a direct pronoun, ‘les fleurs’ is replaced with ‘les.’

To figure out the indirect object, we also have to ask a question, which is ‘Subject+ verb+ á qui?’

When we want to use pronouns, we are going to replace the indirect object, ‘á  Martinique,’ with the suitable pronoun, which is ‘lui.’ So, the sentence sounds like this:

It’s essential to remember that objects, both direct and indirect, go right before the conjugated verb, and as for the negative sentences, it goes right before ‘ne.’ The exceptions are instructions or orders. 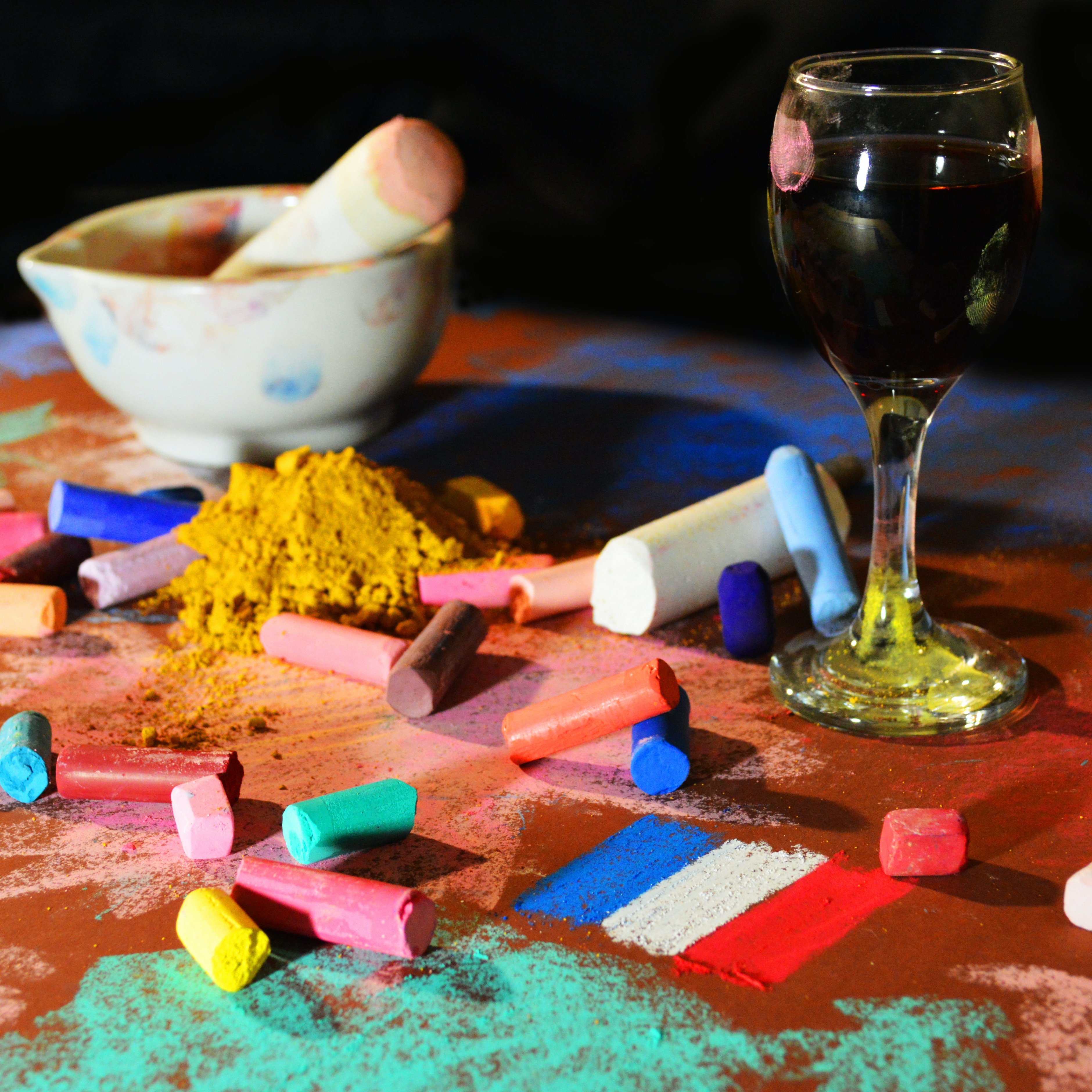 The Preposition Is The Key

The thing that makes this quite challenging for French learners is that direct and indirect objects are so similar that they have almost the same value. Both of them refer to ‘who’ the subject does some action with.

The following two shortcuts can help you determine whether you need a direct or indirect object.

So, the key is in the preposition:

Direct object= Subject+ verb+ someone or something

There are so many verbs that are used with a direct object, and only a few that go with the indirect ones.

To facilitate in every way possible, we’ve listed some of the most common verbs that are mainly used with indirect object:

There are many cases when you have to use more than one pronoun.

There is an order for that, too. In the following lines, find the order pronoun that is used.

The ideal example of using several pronouns in one sentence would be ‘Je le lui ai donné.’ (I gave it to him.) 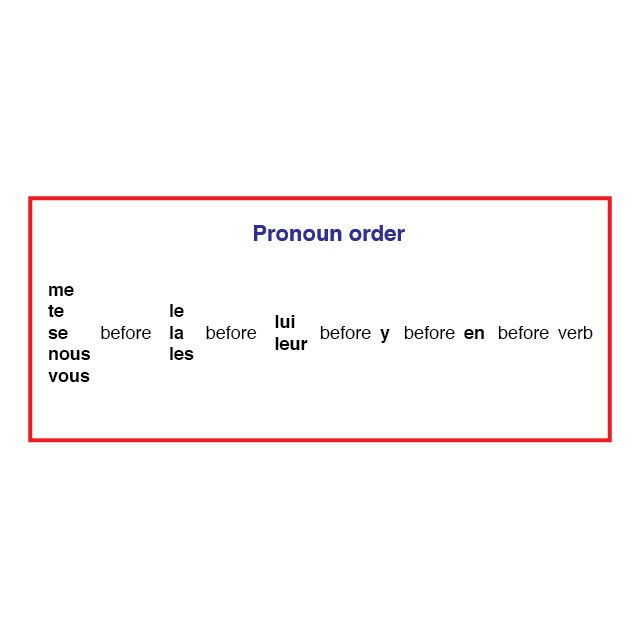 Be careful about these common mistakes

No matter if you are an English native speaker or you are learning English, we suggest not to use your English knowledge. When it comes to direct or indirect pronouns, it can’t be helpful.

English can misguide you. In most cases in English, people aren’t aware if there is a direct or indirect object since it’s not so important, and it’s acceptable to use both of them in most situations.

In French, the situation is completely different. French is much more strict about that. To make it a bit more clear, let’s take a glimpse at the following example:

I give her flowers every week.

The ‘her’ pronoun is ‘la’ in French. If we translate from English to French, we get ‘Je la donne les fleurs chaque semaine.’ And this isn’t correct. Why? The answer is simple: when translating from English to French, many people forget about the ‘to’ that is hidden in ‘her.’ Whether you use ‘to her’ or ‘her’ in English, you won’t make a mistake. In French, however, you have more pronouns to think about; the direct ones, ‘le,’ ‘la’ and ‘les,’ and indirect ones, ‘lui,’ or ‘leur.’

How can you avoid this mistake?

Write the sentence in French, and replace it with some longer phrase. For example:

Making the sentence longer by adding phrases can show you which object and pronoun have to be used. 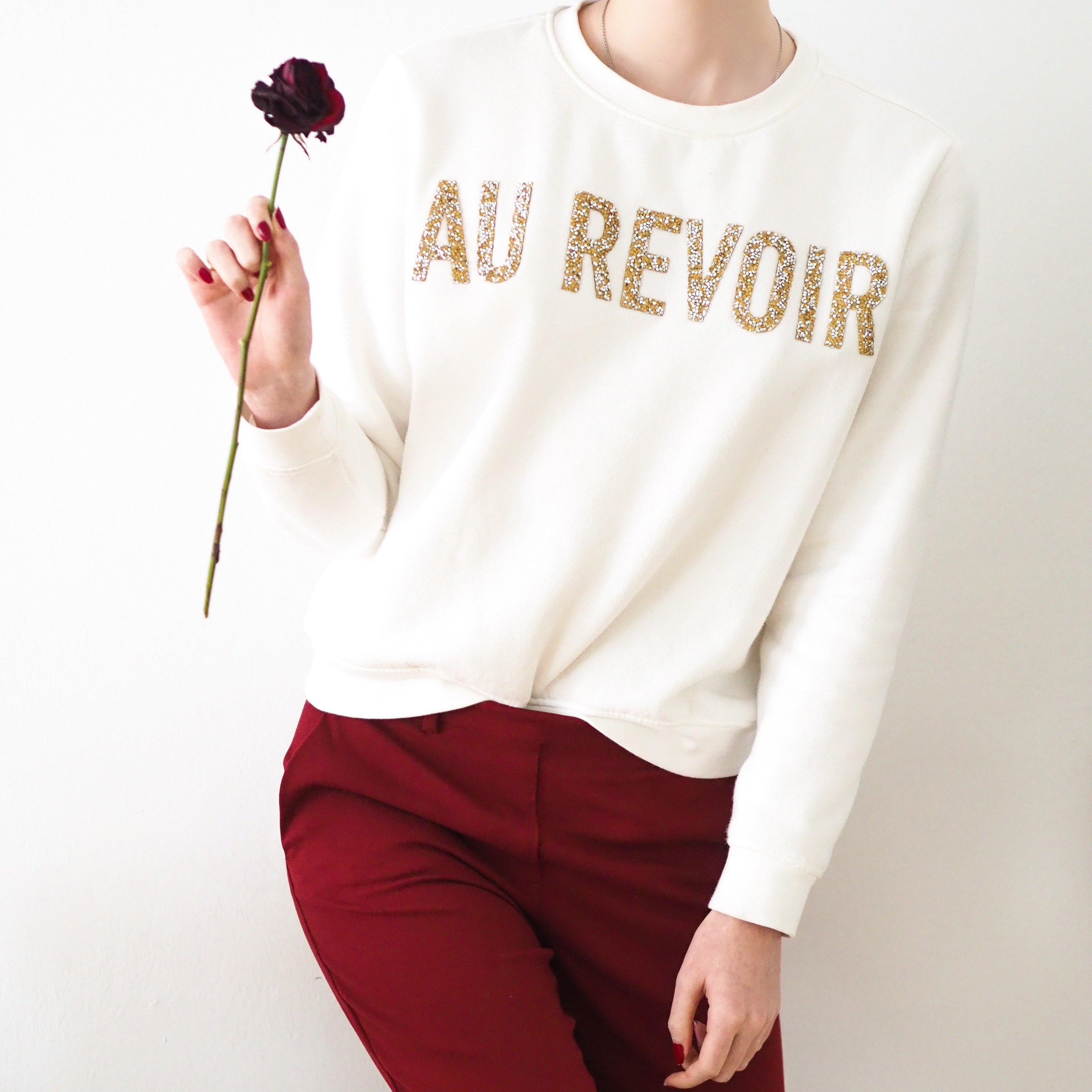 There are many types of pronouns such as adverbial, personal, direct, indirect, relative, reflexive, indefinite, impersonal, etc.

As you are already familiar, direct and indirect are the most challenging ones. But constant practice can help you master them and your conversation with natives will flow smoothly.

Don’t lose motivation. To be motivated to go forward, perhaps these motivational language quotes can help you stick to your path.

One last tip. Don’t hesitate to ask for help anytime you need it. French tutors on Justlearn will be more than glad to help you, not only with direct or indirect object pronouns but with many other phrases, expressions, and grammar catches, too.

What is the order of pronouns in French?

The direct object pronoun in French usually comes before the verb except in sentences giving order or instructions.

What are the 7 pronouns?

What are the personal pronouns in French?