How Many Spanish Speaking Countries Are There?

With more than 500 million Spanish speakers in the world, it’s only natural you’re wondering how many Spanish speaking countries are there.

There are 21 Spanish speaking countries where Spanish is an official language. Here they are:

Read more about the Spanish language, how it became so widely spoken and how many native speakers there are.

Related article: 21 Spanish Speaking Countries (Some May Surprise You)

The history of Spanish

Spanish belongs to the Ibero-Romance group of languages. It evolved from the Vulgar Latin of Iberia along with Portuguese, Catalan and Galician. Due to its long contact with Arabic, a small percent of the Spanish vocabulary has its root. After many years of mixing with other cultures and languages, it formed into the standardized Spanish language around 1200.

Spanish countries on every continent

In Europe, there is Spain. And there is one Spanish speaking country in Africa too: Equatorial Guinea. 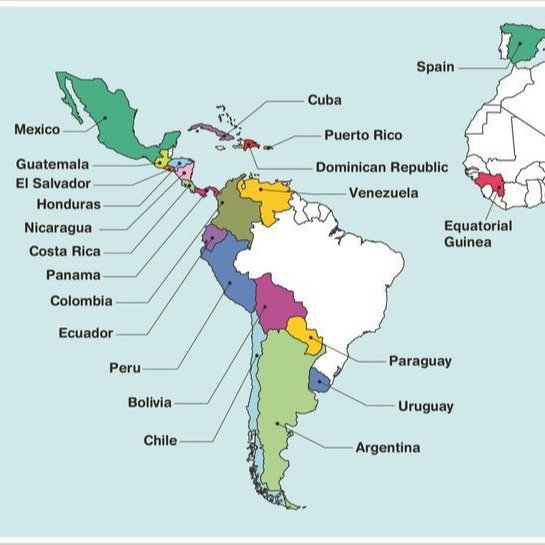 Why is Spanish so widely spoken?

The main reason for the spread of Spanish is the colonization of America. When Europeans came to the Americas for the first time, they brought with them a big part of their culture. It brought native population of the Americas to adopt Spanish as their native language.

The 2nd most spoken language in the world

There are 572 million Spanish speakers around the globe with 445 million of native speakers amongst them. This means that more than 5% of the entire world population speak Spanish as their first or second language.

Naturally, these numbers make it the 2nd most widely spoken language right after Mandarin. English is in the 3rd place, right after Chinese and Spanish.

One of the easiest languages to learn

Not only is it widely spoken, Spanish is also one the easiest languages to learn for English speakers. There are many similar words like correcto or imposible. It has a clear sentence structure with simple rules of pronunciation too.

Spanish is a phonetic language which means words are pronounced just the way they are spelled.

How to learn Spanish?

There are many ways to learn Spanish. You could hire a tutor, attend a language school or learn it by yourself.

Some of the easiest and most interesting methods of learning are the following: speaking directly in Spanish, watching movies, watching TV shows, traveling to a Spanish speaking country, listening to podcasts, reading books.

Whichever way you choose, remember that you’re learning the 2nd most widely spoken language in the entire world.