Life is a 2017 American sci-fi horror film directed by Daniel Espinosa, written by Rhett Reese and Paul Wernick and starring Jake Gyllenhaal, Rebecca Ferguson, and Ryan Reynolds. The film follows a six-member crew of the International Space Station that uncovers the first evidence of life on Mars. The first co-production between Skydance Media and Sony Pictures, the film had its world premiere at South by Southwest on March 18, 2017, and was theatrically released in the United States by Columbia Pictures on March 24, 2017. It received mixed reviews, with praise for its acting, visuals and screenplay, but some criticised for its lack of originality. The film grossed $100 million worldwide.

You can understand easily from Sarah's teaching, and she is a respectful and humble person. Good to learn not just english but also courtesy and culture. 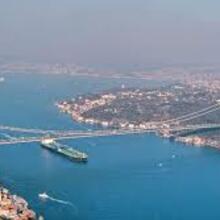 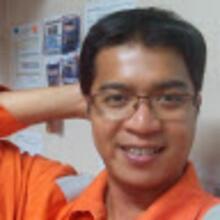 She is very good teacher

How do I cancel a lesson?

You can cancel a lesson up to 12 hours ahead of booked time.

What payment methods can I use?

You can use Visa, MasterCard, and American Express.

Is the lesson online?

We use ZOOM for classes. You can enter the class 5 minutes ahead of booked time. Go to "Dashboard". Click on "View" and click on "Join". You will enter the classroom on ZOOM.

What are some of the advantages of attending language tutorials online?

Flexiblity. Students get to choose their preferred schedule. Another is reduced costs. Online tutorials can cost less compared to regular classes/sessions. For example, no cost for commuting.

Is online education as effective as face-to-face instruction?

Online education may seem relatively new, but with all that is happening in the world right now due to the pandemic, online education is seen as the most sought option in delivering quality education. All this while at the safety and comfort of the learners.

How does Justlearn hire quality tutors?

Each tutor goes through a verification process. Only the ones who are verified successfully and approved can proceed to teach on the platform. Justlearn is focused on recruiting the best native teachers around the world.