55 German Words in English We Use Every Day

Do you find yourself struggling to start learning German?

If the main reason is that you find German difficult, you should know that you’re not alone.

To succeed, you need to stay motivated. Only then you’ll find learning German possible.

How can you do that?

We are happy to give you some exciting news: you probably already know some German words.

German words in English didn’t appear by accident. These two languages come from the same language family group, so, even if they look totally different at first sight, they are quite similar.

German in the English-speaking world

To understand why there are so many similar words in these languages, it’s essential to mention that over the long period of history these languages crossed their paths many times.

Both English and German come from the same language family, so we can say that they are linguistic siblings.

They are descendants from the Proto-Germanic language.

The big immigration happened after World War II, during the 50s, 60s, and even 70s when more than three million German crossed the Atlantic Ocean and settled in America.

Most of them found their new home in Wisconsin, Minnesota, and in the so-called German Triangle in Milwaukee, Indianapolis, and Chicago.

Even though they were far away from their first homeland, they continued to use German in their daily life.

Over time, they merged with other communities, so English came into everyday usage. This way, they created new English words from German.

So, not only do English and German have the same root but they ‘came across each other once again’ after thousands of years, and had an impact on each other.

It resulted in words that many of us use every day, but we aren’t aware that they originate from German. 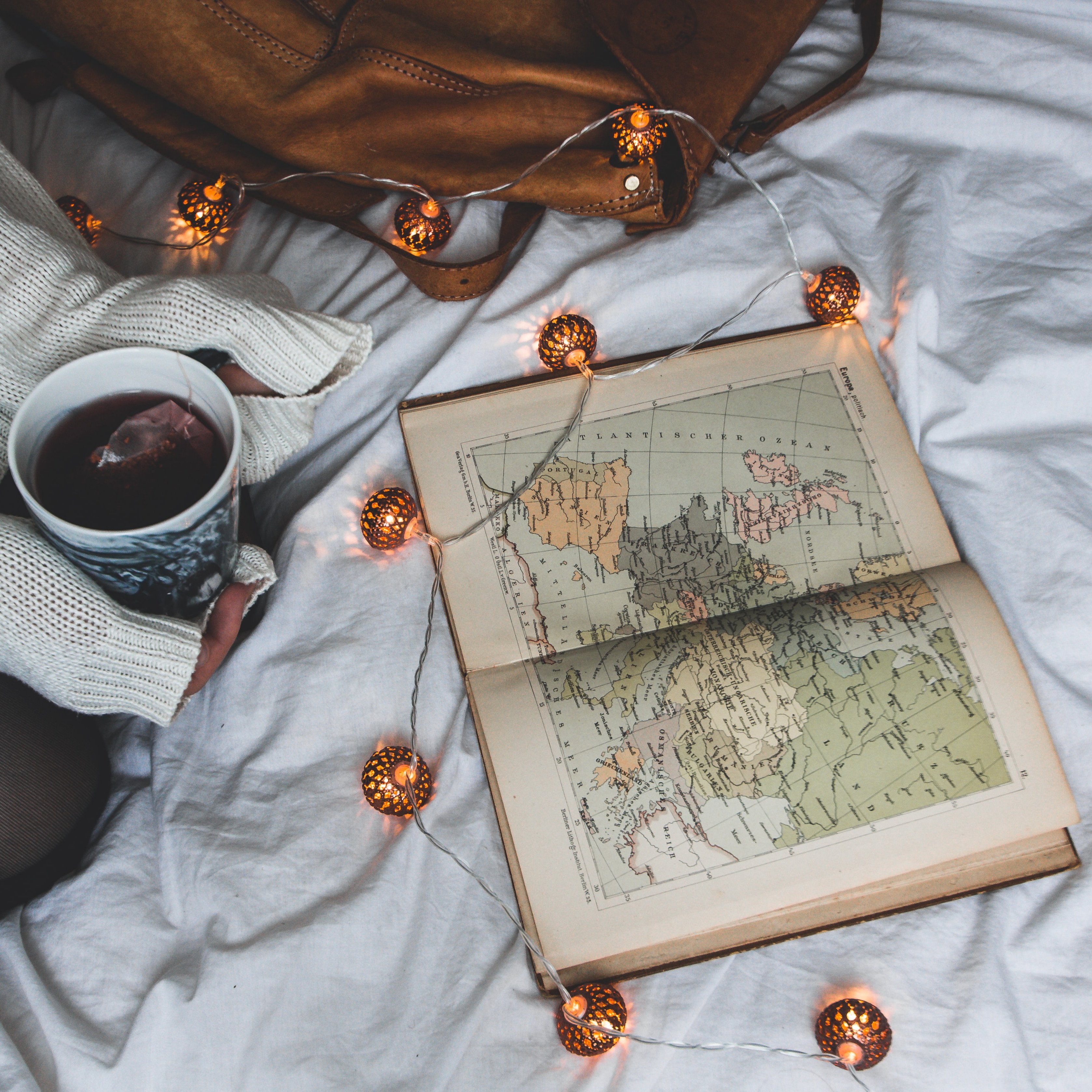 The Most Common German Words in English

Most of the English speakers can recognize German words in English contexts.

Because of the above-mentioned reasons, these words are more often used in American English than in British English.

To show you that you already know some words in German, let’s play a little game: take a glimpse at the word without reading its explanation.

Say its meaning out loud. Then read the explanation. We bet that you’ll know most of them.

It’s a cute little animal many people love to keep as a pet. The word is considered to come from German.

Dogs are peoples’ best friends. Interestingly, the word ‘hund’ from German to English isn’t used as ‘dog’ but for dog lovers.

It isn’t totally the same but similar. Cat lovers will understand it right away.

Tiny little ‘mouse’ sounds the same in English as well as in German.

Poodles are cute and sophisticated dogs. Their name comes from German ‘Pudel.’

One more dog breed, not as cute as the previous one, but quite appreciated.

With German origins, the word ‘bruder’ in English is used as ‘brother.’

We are pretty sure that an additional explanation isn’t necessary. This is the greatest and the most beautiful word of all. Mother.

Here we have one more word that is written the same way as in English. The pronunciation is, however, slightly different. 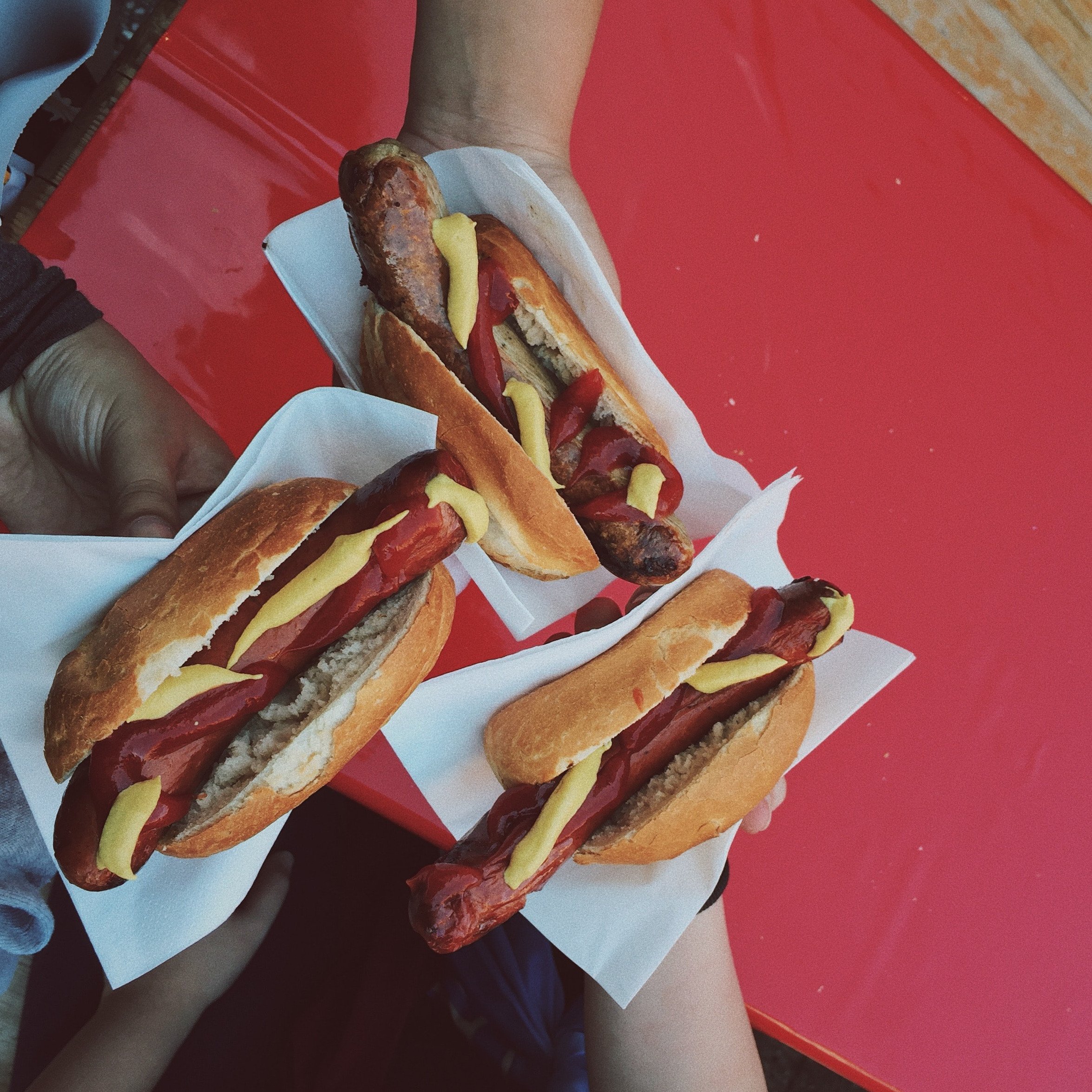 No, it’s not a mistake. The word ‘pretzel’ in German is ‘breztl.’ For those who aren’t quite familiar, this word represents a baked pastry that is shaped into a knot.

This worldwide known word comes from German. In this language, it refers to a person who comes from Hamburg, the city in Germany.

Germans love beer. They have all kinds of beer. So, it’s no wonder the word ‘lager’ comes from German. A lager beer is stored for some time before it’s served.

There is no need to thoroughly explain this word since you surely know what the ‘Mozartkugel’ is. Or, translated to English, ‘Mozart balls.’

Germans are known for drinking beer but did you know that they also consume cereals? The word ‘muesli’ comes from this language too.

Everyone likes noodles. Even Germans. In fact, they like them so much that the word ‘noodle’ comes from their language.

An alcoholic drink, hard liquor. It’s pronounced the same in both English and German. In English, the written form is a bit different, by adding one more ‘p’ letter; ‘schnapps.’

The word comes from the German ‘Wiener Würstchen,’ which means Viennese sausage. 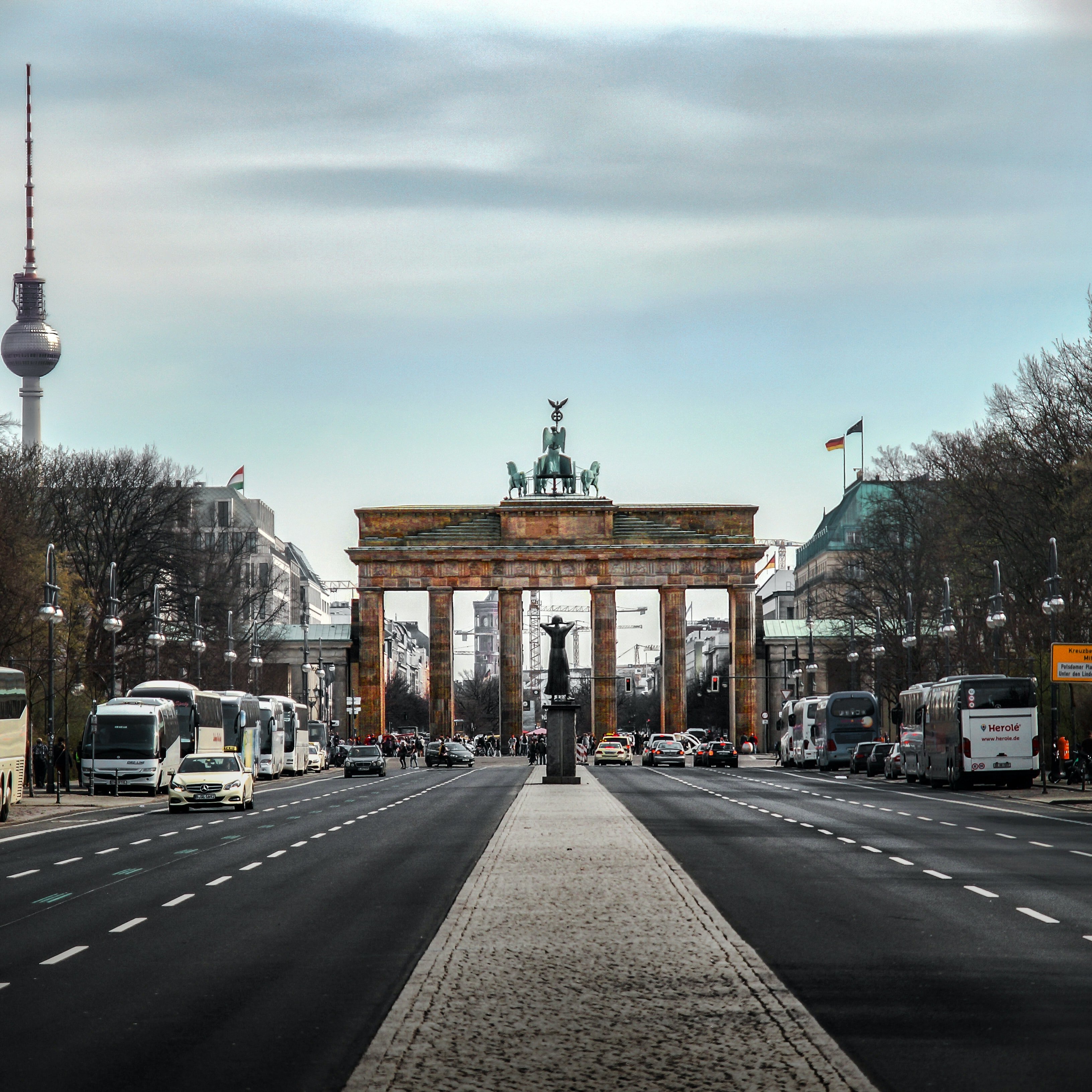 You’ve heard of the Octoberfest or Maifest, but do you know what the word ‘fest’ literally means?  It means ‘party.’

This etiquette indicates whether a woman is married or not. It’s used out of respect.

We are sure that, when said in English, everyone knows what Gestapo means. In German, the word ‘gestapo’ literally means ‘police.’

An art, kitsch means that something is of a very low taste or quality.

Leitmotif is often used to explain a literary or music theme in the meaning of ‘leading motive.’

When you hear this word, you certainly don’t connect it to something good. It represents a person or an idea that is associated with tyranny and Hitler. Today, however, it became quite common that when you say to someone that he is ‘nazi,’ it can mean that he is a very fanatic person.

It refers to a noisy ghost that moves around objects.

During history, all over the world, this action was used to overthrow the government.

This word is mostly used within the phrase ‘The Third Reich.’ Even though this word means ‘empire,’ due to its connection to Hitler’s reign, in English, it mainly represents tyranny.

A formal type of dance surely everyone loves.

The word refers to a huge desire to travel around the world.

Wunderkind, or in other words, wonder child, is a term when your child, out of the blue, shows you how perfectly they calculate, think, or play the piano. In other words, it’s a child prodigy.

Football, or written with the German alphabet ‘Fußball’ refers to soccer in general.

‘Haversack’ is a bag with one strap that is mainly used by business people or bicyclists.

It is a shorter form of the word  'Karabinerhaken,' which represents a metal loop with a screwed gate for climbing.

Another word for a backpack.

This word refers to a machine for money but also to serve food and drinks.

The word ‘blitz’ has some negative connotations since it was commonly used in World War II. It was at the time when the word’ blitzkrieg’ was used for war to end quickly, just like a lightning bolt.

Named after its inventor, Rudolf Diesel, diesel fuel is more used than petrol.

In German, it means ‘strong, powerful.’ In English, it is known as a part of the phrase ‘kraft paper,’ which represents a strong paper used to make sacks.

Literally, this word means ‘armor’ in German, but in English, it’s a synonym for the light military tank.

No matter if you pronounce it in English, or in German, it is the same. A slight difference is only in writing.

The word ‘volks’ means ‘people,’ and ‘wagen’ means ‘car.’ It is then perfectly logical that Volkswagen is one of the most favorite cars in the world.

This word represents a rigid airship that is named after its inventor, German Ferdinand von Zeppelin. The word became  commonly used for all airships.

The full verb in German is ‘sich abseilen,’ which means ‘to rope oneself down.’ In English, it’s used as ‘roping (down)’ or ‘rappelling.’

In the meaning ‘to have,’ this verb is very similar to English.

In English, it’s used as ‘yodel,’ which means to pronounce or create the sound ‘Yo,’ that is, to sing alternates rapidly between a head and a chest voice.

Can you try to ‘yodeln?’

Other German words in English that we use every day

In the meaning of ‘attention,’ this word is well-known all over the world, so many English speakers and natives started using it. It’s mainly used for literary effect.

In English, The word ‘angst’ expresses depression and anxiety.

The word berg comes from German in the meaning of ‘mountain.’ So, roughly translated from English to German, the ‘iceberg’ is ‘the mountain of ice.’

In English, this word is not used alone, but everyone knows about the phrase when ‘The car is kaput.’ It means that it’s broken.

The word ‘lamp’ comes from the German ‘lampe.’

It’s one of the words that originate from German to English in the meaning ‘new.’

This word comes from dialectical ‘nichts,’ which means ‘nothing’ in English.

We can’t imagine our everyday conversations without this word. In German, it is ‘und.’ In English, however, it is ‘and.’

This list is only one part of German words.

Now that you saw for yourself that you already know some of the words, then you could start learning the language.

You don’t need to sit at the table, open your grammar or textbook, and study the old fashioned way

You have so many different and effective ways to learn German and expand your vocabulary.

And, if you’ve ever thought that you needed a German translator, we bet you changed your views, didn’t you?

It may sound pretty ‘rough’ and many would say that Germans are shouting when they’re talking. However, the truth is that German is a strong and powerful language.

Nowadays, online lessons are effective and affordable, so you can boost your vocabulary and improve your pronunciation with German tutors on Justlearn from the comfort of your own home.

What German words are used in English?

What are some common German words?

How many German words are in the English language?