How to Say Yes in Different Languages (With Example Sentences)

When studying a new language, how to say “yes” is most likely the very first thing you learn.

Learning how to say “yes” is very important as we use it in everyday conversations. Not a day goes by that we will not mention the word “yes,” that’s for sure.

We use it as an affirmative response to a wide range of questions we encounter every single day, especially to answer close-ended ones. 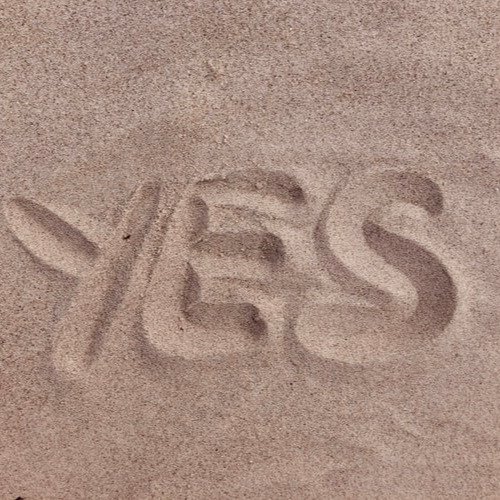 How To Say Yes In Different Languages

Sure, there are different ways to say yes. In most languages, there are exact equivalents of the English words yeah, of course, and more affirmative terms.

But to make it easier for language learners, we’ll only be talking about the most standard and basic way to say yes that can be used in both formal and informal conversations.

We’ve put together how to say yes in different languages along with example sentences to help you better understand its context and how it can be incorporated into a sentence.

The Afrikaans language, also known as Cape Dutch, is one of the many languages spoken in South Africa.

It is fairly easy to say yes in Afrikaans, simply say “ja.”

In the Albanian language, yes is po.

The Amharic language, also known as Amarinya or Kuchumba, is an Afro-Asiatic language of the Southwest Semitic group. It is one of the two primary languages in Ethiopia, which is spoken principally in the central highlands of the country.

To say yes in Amharic, you can simply say “āwo,” which is pronounced as ah-ow.

Danish is a North Germanic language which is spoken primarily in Denmark and the Faroe Islands, and is considered a minority language in Greenland and Germany. It is a language that was heavily influenced by Low German dialects and has later borrowed several French and English words.

There are a lot of ways to say yes in Danish, but the most standard and common is ja.

“Ja, jeg kan godt lide mit job, fordi det er min lidenskab.” (Yes, I like my job because it is my passion.)

If you’re talking to close friends and family or engaging in a casual conversation, you can opt for “ja-da” instead, which is literally the equivalent of the English word yeah.

Finnish is a Finnic language that is primarily spoken in Finland and Sweden. There are also a number of Finnish speakers present in Estonia, Norway, and Russia. This language makes use of its own unique 29-letter alphabet, an interesting combination of Roman and Swedish letters.

Kyllä is the equivalent of yes in Finnish. Its pronunciation is a bit complicated so you might want to check out the video below to hear how a native Finnish speaker pronounces the word kyllä.

“Matkustatko usein?” (Do you travel often?)
“Kyllä, matkustaminen on harrastukseni.” (Yes, traveling is my hobby.)

While there are a lot of ways French locals say yes, oui is the most standard affirmative response in French. Since the French word oui is a very neutral expression, it can be used in both formal and casual conversations.

If you want to make it sound more polite and respectful, you can add formalities. For example:

German is spoken in Germany and Austria and one of the official languages in Switzerland. The German language exists in several dialects, most of which belong to either High German (Hochdeutsch) or Low German (Plattdeutsch) dialect groups.

Ja, pronounced as yaa, is the standard form of yes in German.

“Bist du beschäftigt?” (Are you busy?)

Greek is an independent branch of the Indo-European language and is primarily spoken in Greece. It boasts an extensive and well-documented history, which spans over 34 centuries, making it an extremely significant language.

The standard way to say yes in Greek is to say nαί, which is pronounced as neh.

θα θέλατε να πάτε σε εστιατόριο για δείπνο “Tha chelate na pate se estiatorio ya deepno?” (Would you like to go to a restaurant for dinner?)

Hindi, a member of the Indo-Aryan group within the Indo-Iranian branch of the Indo-European language family, is the primary official language of India. The Hindi language is spoken by a approximately 615 million speakers, 341 of whom are native speakers, making it the third most spoken language in the world.

हाँ (haan) is the standard way of saying yes in Hindi.

Italian is a Romance language primarily spoken in Italy. It can also be heard in Switzerland, San Marino, Vatican City, Slovenia, and Croatia.

If you want to say yes in Italian, simply say sì, which is pronounced exactly as it is written. Easy, right?

“Sei stato in Italia?” (Have you been to Italy?)

Japanese is considered a language isolate, which means it is a language that isn’t related to any other language. With over 127 million speakers worldwide, it is no wonder that it is one of the world’s major languages.

はい (Hai) is the standard form of yes in Japanese. It is a neutral way of expressing agreement or affirmation, so it is generally acceptable to say under any circumstance.

Korean is an East Asian language spoken by approximately 77 million people worldwide. It uses its own alphabet, which is called Hangeul. The Korean language used in South Korea differs from the one being used in North Korea.

네 (Ne) is the standard form of yes in Korean, so it can be used both formally and informally without offending anyone. Also, this one should be easy for you to remember since it sounds like the English word “yeah”.

Portuguese is a Romance language that is primarily spoken in Portugal, Brazil, and other Portuguese colonial and formerly colonial territories. With over 234 million speakers, approximately 221 of whom are native speakers, the Portuguese language secures a spot in the rankings of the most spoken languages in the world.

Saying yes in Portuguese is relatively easy and straightforward, you simply say “sim”. Its pronunciation is pretty obvious too, so you can utter the Portuguese yes effortlessly for sure!

“Você sabe como dirigir?” (Do you know how to drive?)

Russian is an Eastern Slavic language spoken primarily in Russia and other countries such as Ukraine, Belarus, and more. It is spoken by approximately 258 million people, 154 million of whom are native speakers, making the Russian language one of the most spoken languages in the world.

Watch the video below to learn how to pronounce the Russian word dah properly.

Spanish is a Romance language that is spoken by over 534 million speakers, 460 million of whom are native speakers. With these massive numbers, it is no surprise that Spanish is among the most spoken languages worldwide.

Swahili, also known by its native term Kiswahili, is a Bantu language spoken either as a mother tongue or second language on the east coast of Africa, spanning the Lamu Island, Kenya, and in the north to the southern border of Tanzania in the south.

If you want to say yes in Swahili, you can say ndio (en dee yo).

Vietnamese belongs to the Vietic branch of the Austroasiatic language family. It is mainly spoken in Vietnam, Guangxi Province in southern China, Cambodia, and Laos. There are also a significant number of Vietnamese speakers in France, Australia, and the USA.

At this point, you already know how to say yes in different languages—17 languages, to be exact. That is a huge achievement for a language learner like you!

So whether you’re talking to a Spanish, German, or Italian speaker, you know how to say yes—a very important word most commonly used in everyday conversations.

You may also want to learn how to say hello in different languages, which may also come in handy.

Learning how to say yes is a great introduction to a new language. With over 74 languages to choose from, Justlearn is an excellent platform to learn a new language of your choosing.

With the help of Justlearn’s tutors, you will be fluent in the language you want to learn in no time.

What can I say instead of Yes?

Yeah, Yep, No problem, You got it, Sure, Cool

What language does JA mean yes?

It's mostly used in Germanic languages, but can also be found in Slavic.

What does Aye mean?

It's an interjection meaning Yeah or Yes.