10 French Movies You Should Watch Before They Leave Netflix

Did you know that one of the best ways to learn a foreign language is by watching movies?

And did you know that you can watch French movies on Netflix?

Yes, in fact, they offer a lot of international TV shows and movies at the moment.

But how do you find the ones that are both fun to watch and suitable for language learning?

That’s why we are here!

We made a selection of the best movies to watch and improve your language skills at the same time.

Prepare your popcorn, find your spot on the sofa, and enjoy!

Benefits of learning French with movies

The power of subtitles

As unusual as this might sound, watching movies can help learners improve their vocabulary, listening, and speaking skills.

You can choose to switch subtitles on. Or off. As you wish.

Try with both on and off.

It increases your learning possibility and level of proficiency.

Some things can't be found in grammar books

Idioms, slang, and colloquialisms can all be found in movies.

If you won’t travel to France and don’t have the chance to talk to natives, this is your best chance to hear them.

In case you choose to leave the subtitles on, you’re improving your listening skills and seeing how idioms are spelled.

French movies aren’t made only for language learners.

They are made for the bigger audience.

It means that the conversations can often be very fast, so for a learner, it can be quite challenging to keep track.

On Netflix, you can pause, stop, or even go backwards as many times as you want until you understand everything.

Great way to immerse yourself in the culture

French movies are an ideal place to learn more about the French culture.

You can study their way of life and understand their people better.

There are many other interesting little things that otherwise you wouldn’t have the chance to learn.

Let’s start with one animated movie - Le Tableau or in English The Painting.

The movie takes place in a painting whose main characters are figures.

Some of the figures aren’t finished, and they are treated as outcasts.

There are two more different groups of figures, ones that live in the chateau; others in the garden.

None of them get along.

Three friends, each of them belonging to these groups, are trying to find the person who painted them to have them finish the whole painting.

Directed by Jean-François Laguionie, this movie is open to discussion about social and philosophical aspects.

What makes this movie worth watching are interesting dialogues and visuals.

This is the story of Amelie, a naive and young girl that has a unique sense of justice.

Brought up by eccentric parents and homeschooled, she developed a very active imagination. She left home at the age of 18 and started to work as a waitress, very shy, though.

Her main life path is to find a way to help people around her.

On that path, she finds true love.

Directed by Jean-Pierre Jeunet, this movie is ideal for intermediate French learners.

Many of you must already know about this movie, but still, it’s worth watching over and over.

With such charm and lovely narrative, Amelie is one of the biggest international successes of the French cinema.

Il a déjà tes yeux (He Even Has Your Eyes)

This French-Belgian comedy directed by Lucien Jean-Baptiste will make you laugh but also cry a bit.

The story is about Paul and Sally, French-African couple, who can’t have biological children.

For a long time, they have been struggling to adopt one.

After they finally get a 4-month-old white baby, Benjamin, it seems like everything is perfect. However, Sally's parents don’t want a white baby in their family, so they do whatever it takes to prevent them from adopting.

Even though it is a light comedy, it deals with serious topics like race, culture, and identity.

French subtitles are also available, so add this one to your watchlist.

This is a comedy with the primary purpose to entertain.

Remarkable Jean Reno, who plays a chef who has run into some troubles. Losing a job is one of them.

On his way to save his job, he runs into Jacky, a young self-taught chef, and his great admirer. These two are going to work together on making old recipes in a modern and innovative way.

This film is an excellent practice for all learners.

Also, it’s perfect for improving your food vocabulary with or without French subtitles.

The director of the film, Daniel Cohen, worked very hard to make this comedy easy and fun to watch but also to make you want to see it again.

From a director Dominik Moll comes a dark comedy.

It’s a story about Michel and Harry, classmates from high school.

They accidentally bump into each other on vacation years after high school.

They have dinner together at Michel’s summer home even though she doesn’t quite remember Harry.

The creepy part is that he remembers every little thing about her, even the poem she wrote that was published in a school newspaper.

Michel gets scared a bit, and it seems that she can’t get rid of him that easily.

Even though you would think that this film gets scary, it doesn’t.

However, you may have a bad dream about it. But if you dream in French, then the film served its purpose. 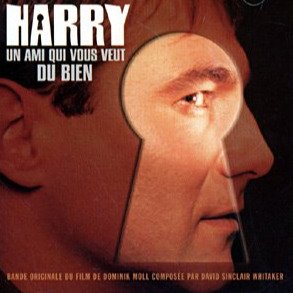 Amelie and Armand, are a young Parisian couple who gets together in the middle of the film.

This is not some romantic cliche but one outstanding and unconventional love story.

The movie is divided into chapters, with main characters who speak directly to the camera. Their ups and downs in the relationship from the beginning until the end of the movie are perfect for learning and improving past tenses in French.

Narratives in the film are ideal for learning the language, especially when Armand’s close friend, Benjamin, tells stories.

This movie is worth seeing because of its ordinary but real emotional power.

This film is based on a true story.

Elle magazine editor gets paralyzed by a stroke.

He wakes up from a coma after 20 days mentally aware of everything but physically paralyzed. He can move only his left eyelid by blinking.

With the help of his assistant, who reads him the alphabet, he writes an entire book about what happened to him.

Blinking to his assistant, he shows her which letter to use. That’s how he’s able to finish the book which goes on to become a huge success.

Even though this movie may seem harsh to watch, it isn’t.

Not only can you improve your vocabulary, but you will also have a valuable lesson on how much the will to survive is important to all of us.

This comedy is set in a small coastal town in France around the year of 1910.

During that summer, several tourists disappear while chilling on the beach.

Shortly after, two inspectors, Machin and Malfoy, come to investigate.

They meet at Slack Bay, which is considered to be the place where people disappear.

There lives a community of fishermen and some farmers.

Among them lives a strange but funny family, The Bréfort family.

Once a year, this family goes ‘in public,’ and this time, Ma Loute falls in love with the young  Billie Van Peteghem, who is from a well-to-do Van Peteghem family.

This romance turns the lives of both families upside down.

There are many meaningful conversions in this movie and they make you want to watch them over and over again. 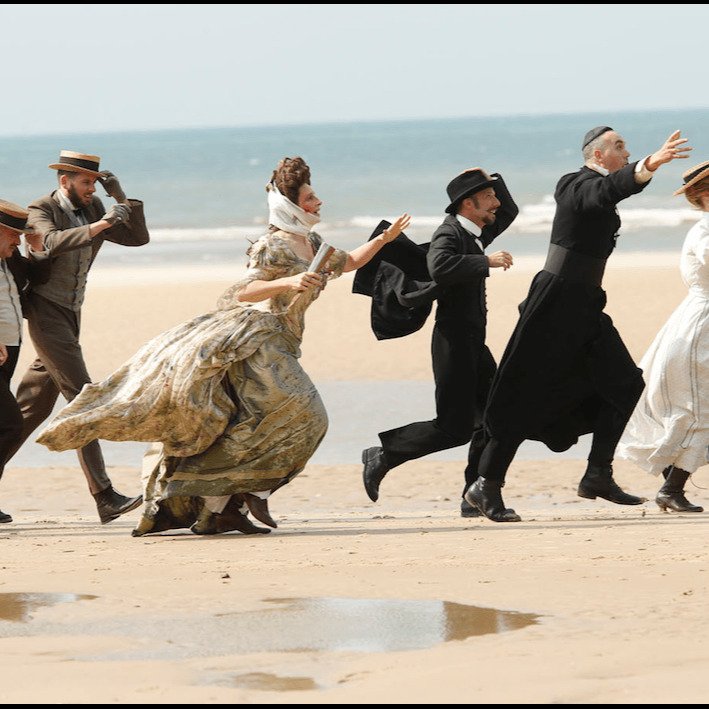 A political comedy that you should definitely watch.

The main character of the film, Arthur Vlaminck, is a new employee in the Ministry of Foreign Affairs as a speechwriter.

He tries to come into contact with his new colleagues.

While the world’s situation is continually changing, he finds that writing speeches for the minister himself is not an easy task at all.

With a comedic look at the ministry, this movie is great for learning because it gives you the possibility to practice and learn different modes of speech.

Since dialogues are quite long, this film is suitable for upper-intermediate and advanced level learners.

Tu seras mon fils (You Will Be My Son)

Not all French movies are romance and comedy.

French cinema also has to offer many more genres.

This film isn’t a comedy at all. It’s a type of thriller.

It is about a passionate winemaker who is obsessed with his legacy in winemaking.

He can’t rely on his son to take over the vineyard, so he decided to pass it over to a son of his dying estate employee.

You can imagine his son’s reaction when he finds out. Everything is very emotional.

Their emotions are so visible throughout the entire movie that they show you how people can speak without using words. 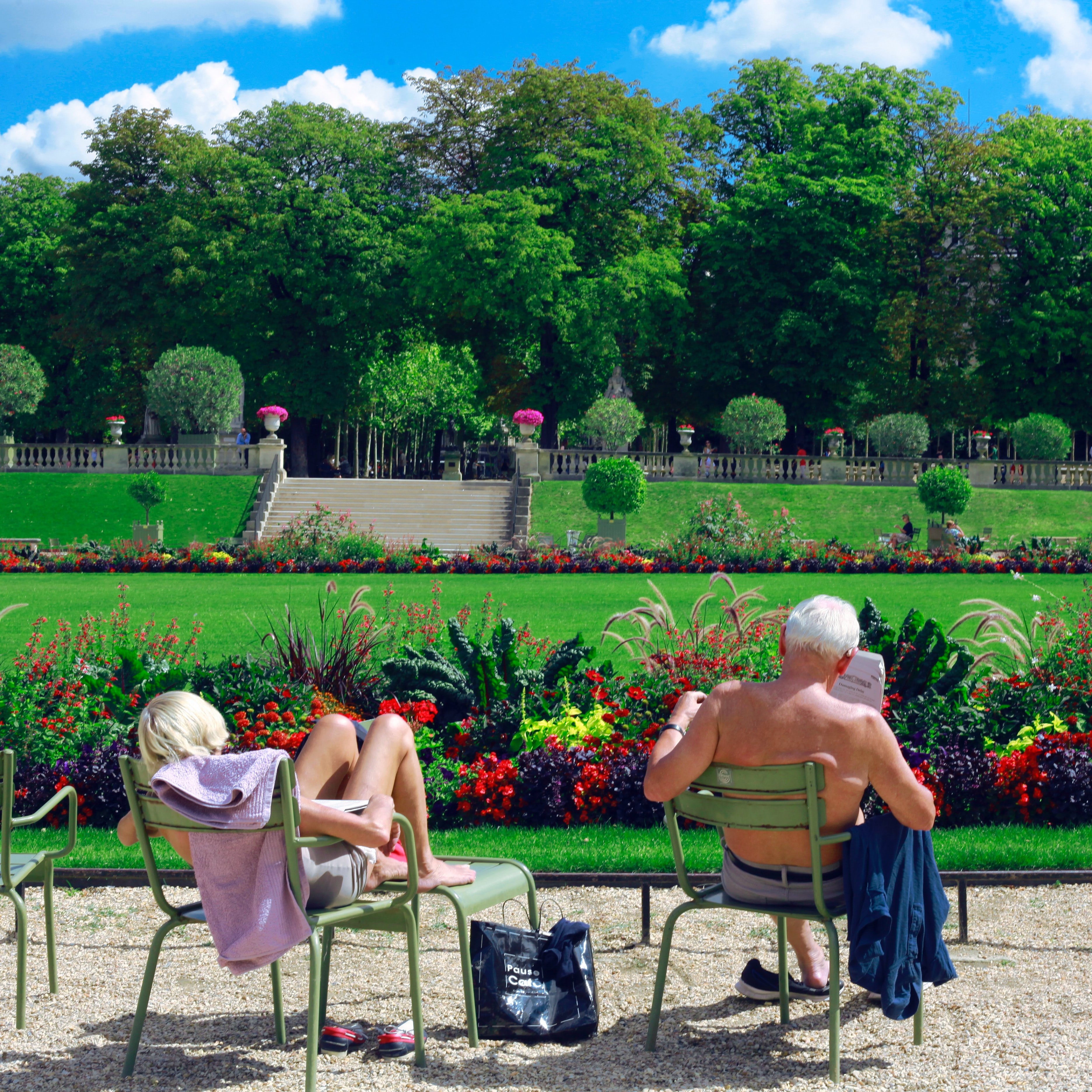 These ten French movies are more than enough to immerse yourself in the language.

If you find some of these films a bit difficult to understand, you can always stop, replay, slow down a bit, or use subtitles.

If you are a beginner, choose movies that are easy to follow, and turn on the subtitles.

For intermediate and advanced learners, we suggest practicing with subtitles on, and then after some time, without them.

The point is to have fun while learning French.

However, this is not the only way to immerse yourself in French. Booking a lesson with French tutors on Justlearn is one of them, so don’t miss out on it.

Does Netflix have French movies?

Netflix has a lot of French movies available to stream, like Girl, L'atelier, The African Doctor etc.

How do I find French movies on Netflix?

You can navigate to the search bar and type a movie title or scroll through their movie feed and find French titles.

What should I watch in French on Netflix?

Le Tableau, Amelie Poulain, Le Chef, The Diving Bell and the Butterfly, The French Minister, You Will Be My Son