The Ultimate Guide to Understanding the French Culture

Are you planning to travel to France?

Maybe you have a crush on a French cutie?

Or you want to learn a new language to get that promotion you’ve always wanted?

Or perhaps you are passionate about the French culture, history, and language?

The reason that connects you to France is not that important; it is important to be prepared and have some basic information.

So sit back, relax, take some coffee or tea, and stay with us.

You’ll find out a lot of impressive things about French, their culture, traditions, language, customs, cuisine, and many more.

This way, you will have some basic knowledge of what to expect, what to talk about, or how to behave in certain situations. 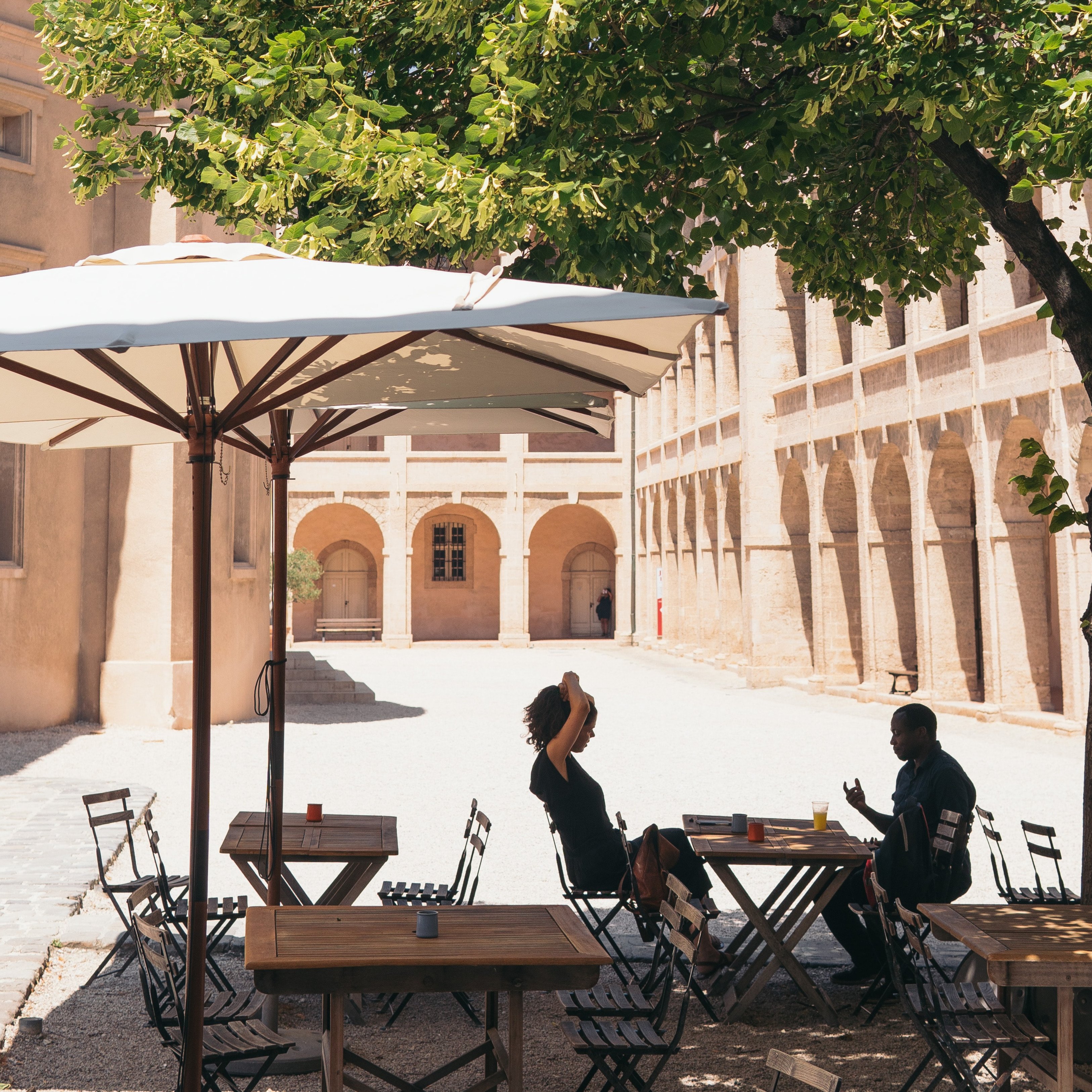 Immerse yourself in the French culture

Even though there isn’t a person in the world that hasn’t heard of France, most people usually connect France with the City of Lights, Paris.

Paris is the center of art, cuisine, history, fashion, and many more.

However, there are so many exciting things outside of Paris.

In fact, this whole country is fascinating.

France and its people are a perfect mix of politeness, moderation, modesty, and style in every aspect of life.

Their way of life is just like their food: light and healthy.

Their culture is just like them: polite, simple, modest, and stylish.

It is why you will get to know French and their country a bit better in the next few lines.

You can find out even more by practicing your skills with French tutors on Justlearn.

The simplicity of the French cuisine

If we could describe the French kitchen with two words, it would be finesse and flavor.

1. Some worldwide-known dishes as Soupe à l’oignon, a soup made of onion and beef stock, Coq au vin, chicken with wine, mushrooms, bacon, onion, and garlic or Chocolate souffle, delicious light, and airy chocolate dessert are just one tiny part of the French cuisine.

No wonder why the word ‘chef’ comes from French, right?

2. Like most Europeans, the respect French people have for family meals is in the center of their lives.

Having lunch with family, or having dinner with friends that can last for hours is something they practice as often as possible.

3. Bread is an inevitable part of their meals. You probably know the ‘baguette’ bread. It is the pride of France.

Everywhere around you, French usually eat baguettes, but also other types of bread.

And what is more interesting is that you can find fresh bread anytime you want.

When speaking about French cuisine, we have to mention wine.

It’s the most important part of their culture.

4. Wine is produced throughout the entire country.

They are known as some of the best wines in the world. 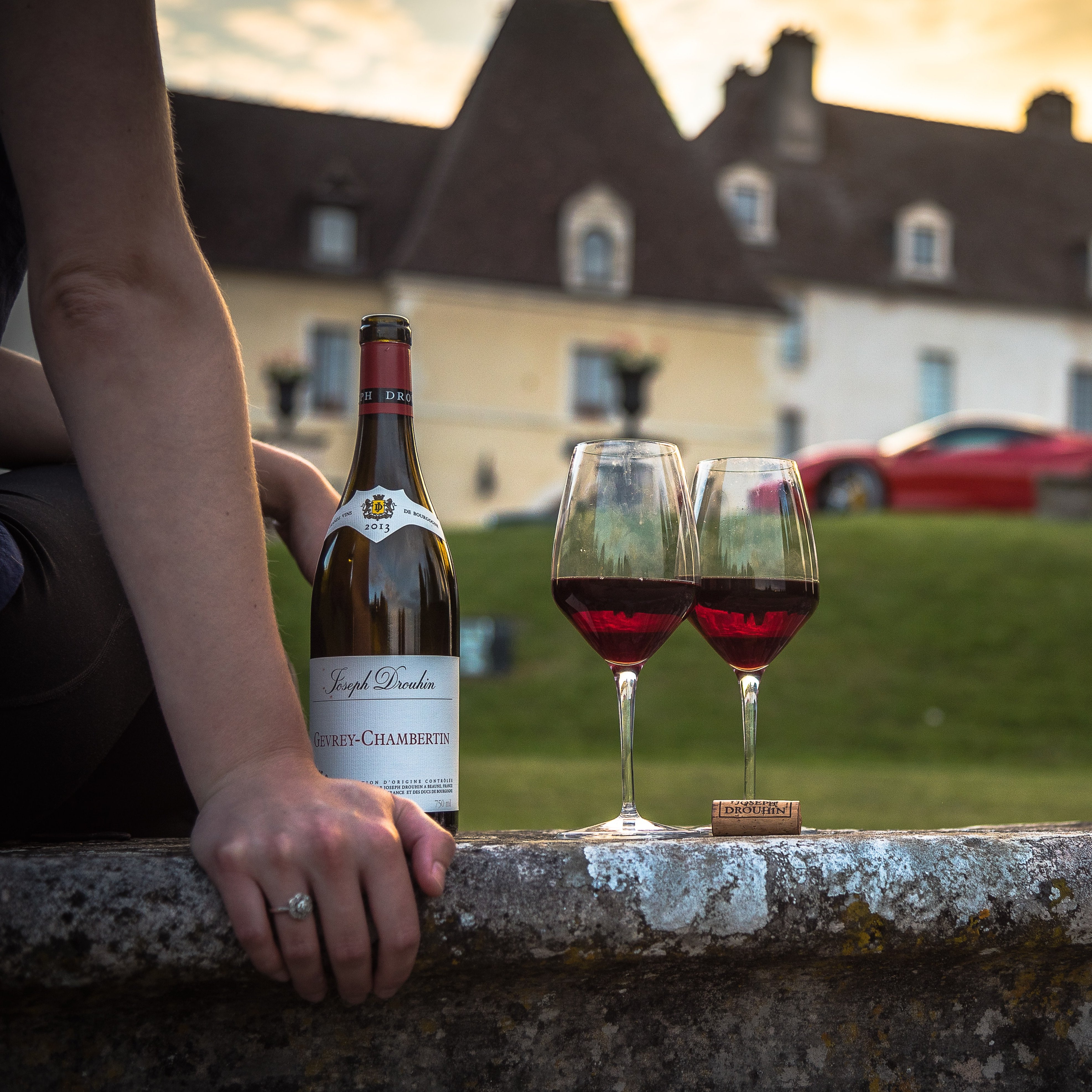 5. The perfect combination for French people and everyone that tries it is cheese and wine.

If you really want to enjoy it, ask the locals to recommend the type of cheese that goes with a specific type of wine.

Thanks to the long tradition of the best wine production, today wine is highly respected in France, but in the rest of the world too.

The importance of food and drinks for the French culture

Let’s not get too much carried away with food because we are getting hungry.

And we’re just getting started!

But there are some interesting facts you should know about their food and drinks before we proceed further.

6. If you are late for more than 10 minutes for a meal and you have no good reason for it or you haven’t even called to apologize, it’s considered extremely rude.

7. Their portions are small, and you have to eat them slowly. But don’t worry, you will get multiple courses, at least three of them.

8. There is no bread plate at the table. You just place your bread on your left side.

9. Even though French people tend to eat healthy and light food, when it comes to meat, they eat every part of an animal. For example, their famous meal ‘les ris de veau’ sounds very yummy. In fact, it’s sweetbread or pancreas.

10. French people love snails. If you think this is a bit weird, then what would you say if we told you they love beets, too? Diced beets, peasant beets… these are quite popular dishes, especially in restaurants.

11. When it comes to drinking milk or water, the French don’t drink it ice cold. They prefer drinks at room temperature.

The Centre of World’s Fashion

You’re all familiar with the fact that Paris is the center of fashion.

Chanel, Louis Vitton, Dior, Lacroix are some of the well-known French fashion brands. 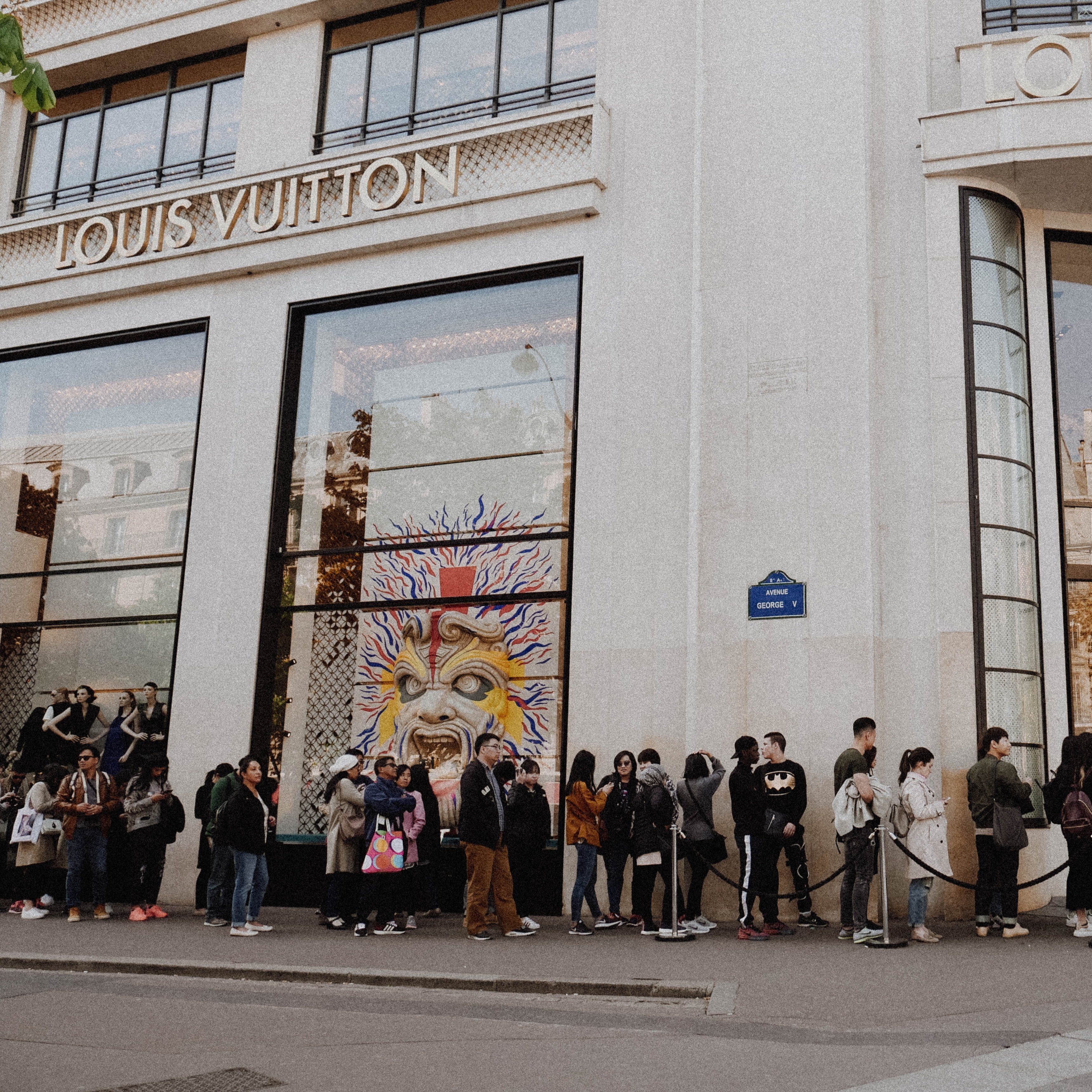 12. French people care about what they wear. They tend to look good on every occasion.

But even when they don’t try much, you can still see that they are very stylish.

They are aware of that and quite proud to be from France, the capital of fashion.

What does this mean?

It means that many of them follow the famous French rule ‘less is more.’

When it comes to clothes, they are minimalistic. They wear the same clothes but change accessories, especially shoes and bags.

13. One more thing that shows you that someone is French are dark colors.

It is more common in big cities - one more explanation of why they spend a little more money on accessories.

When it comes to conversations, French are cautious in using formal and informal words or phrases.

They expect that from foreigners, too.

14. If you are talking to your boss or someone older, you have to use ‘vous,’ which means ‘you’ and shows your full respect.

An informal way would be ‘tu’ when talking to a friend or someone your age or younger.

15. When you start a conversation with a native person which appears to be going well, it is important to keep it going.

How will you do that? It’s quite simple.

Ask open-ended questions as ‘And then what happened?’ or ‘Where are you going this afternoon?’

This way, they will see that you are really interested in what they have to say.

You’ll earn their respect and have their full attention.

Like any other nation, French have some particular habits when it comes to salutations and farewells.

16. When you are in France, you’ll notice that the French don’t smile much.

However, it doesn't mean that they aren’t polite or friendly.

They simply respect other people's privacy and personal space.

17. When they meet, they usually kiss each other two times.

First on the left cheek, then on the right one.

But would you do that if you met someone older?

Or someone you don’t know very well?

In cases when you aren’t sure what to do, just let them take the lead.

If they approach to kiss you, and that way greets you, you should do that, too.

Read more: French kissing: Where does the custom of 'la bise' come from?

18. Don’t forget to say Hello or Goodbye every time that you have the chance.

No matter if it’s to your friend, boss, or a stranger on the street, it is important that you salute them, and then start a conversation.

A little about the French Language

Even though many natives speak English, you will get more points if you learn French.

19. Around 88% of the French population speaks French.

It’s the second most learned foreign language in the world.

Don’t be afraid if you are a beginner.

Don’t be scared if you make a mistake.

If you don’t understand something, apologize and ask them to repeat or rephrase it.

They will appreciate all your efforts, even with mistakes.

Here are some phrases and sentences that can be helpful.

If you want to learn more and get ready for conversations with the locals, you need more phrases.

Read more: 70 Common French Phrases and Expressions for Every Situation

French are very fond of their customs and traditions.

However, when it comes to customs, they are exciting but can be strange at times.

20. You already know that wine is something they often consume and enjoy.

Its popularity hasn't faded for centuries.

But, if you want to give someone a bottle of wine as a gift, watch out not to offend the host.

Don't expect the wine that you brought to be served.

The hosts usually pick special wines to serve for their guests.

21. A wedding ceremony with car horns is something you can see almost every day.

When newlyweds get into the car, they are being followed by a hundred car horns.

22. When you come to a restaurant with your children, you usually order some kids’ menus for them, right?

Well, in France, this doesn’t exist.

French kids usually eat the same food as their parents, and from an early age are used to many flavor combinations.

23. Even though French aren't a particularly religious nation, they are mainly Catholics.

It’s interesting to know that religion influenced art very much; from architecture to literature.

24. Christmas and Easter are favorite holidays to celebrate.

French love to show the nativity scene for Christmas and paint eggs for Easter.

However, they rarely go to church.

25. Bastille Day, July 14th is one of the most celebrated holidays.

On this day in 1789, peasants fought to bring down the French monarchy.

Today, they celebrate every year with a lot of fireworks and military parades on the Champs-Elysées in Paris. 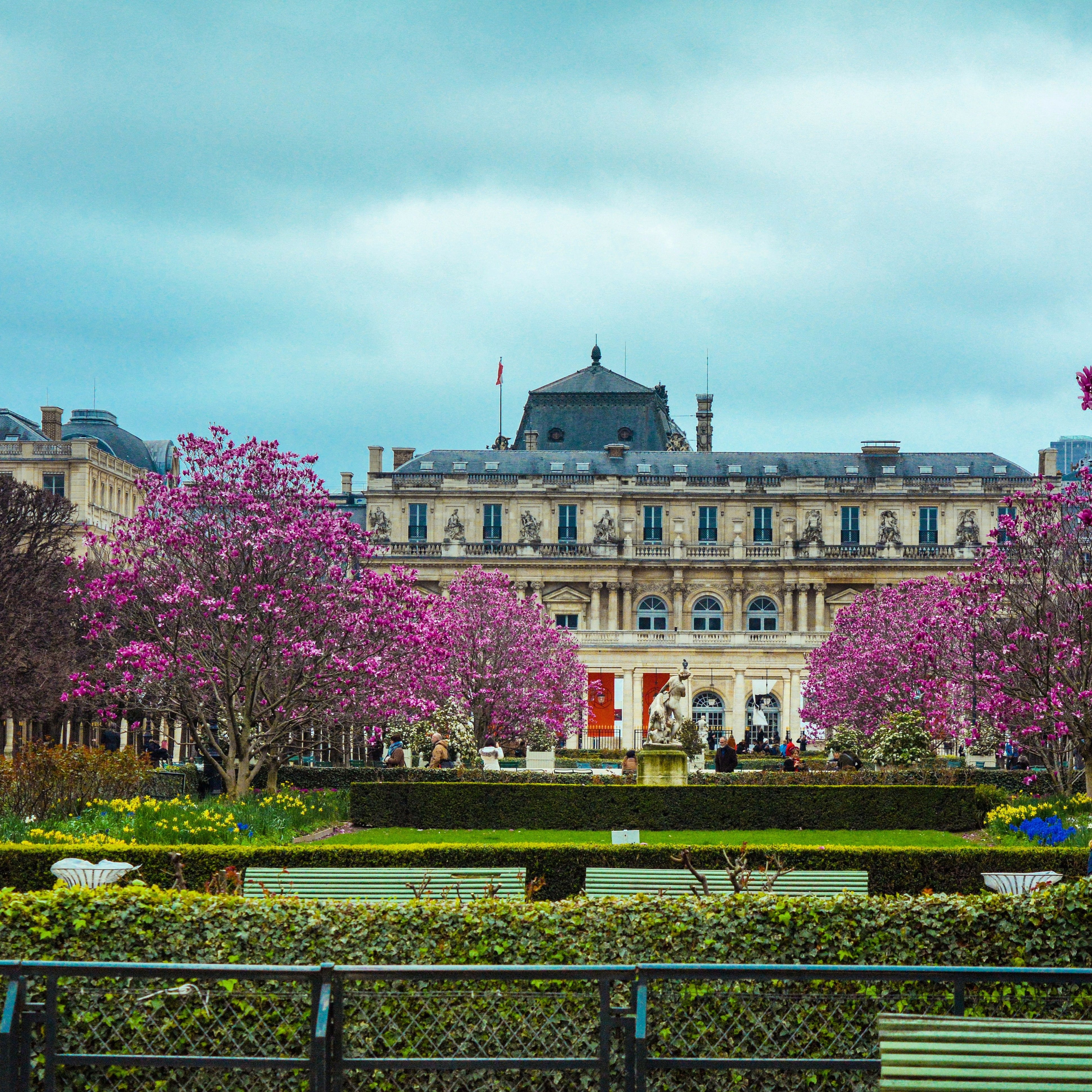 With all this compelling information about the French culture and customs, you can be sure that you will have interesting conversations with the locals.

If you aren’t sure how to behave, don’t worry.

French are tolerant people and they understand that there can be cultural differences between you.

Just remember to be polite, show your full respect and watch your manners; French like that.

If there is one thing that can knock them off their feet is if you French with them.

Be prepared and find a French tutor on Justlearn.

Besides language, you can find out many more things and funny French facts from tutors since they are native French speakers.

Just go ahead! We wish you good luck!

If you’ve already visited France and have some exciting experience to share, write in the comments below.

What is French culture famous for?

It's famous for their food, wine, fashion and language. Most people think of Paris when France is mentioned as it's the most famous French and European city.

What are the traditions of France?

The most popular traditions are Bastille Day on the 14th July, Candlemas, Mardi Gras, The Apéro Hour

What is French food culture?

French cuisine is famous for its delicious dishes, but also for the specific order they follow: aperitif, starter, main course, cheese, dessert, digestive.