What’s the best way to master your French accent and improve your pronunciation?

And do you know how we call tongue twisters in French?

Have you ever wondered why people practice tongue twisters and why they always search for more?

It's because perfecting tongue twisters can be a fun way to practice your French accent.

Once you master at least half of the phrases below, you’ll realize that speaking with natives is much easier than you thought.

You'll also realize that your pronunciation is getting better.

These are not suitable only for language learners, but for natives, too.

Some of them are so difficult that even native speakers find it hard to pronounce them.

To encourage you at the beginning, take a look at how native French speakers struggle with tongue twisters.

How to improve your French pronunciation? 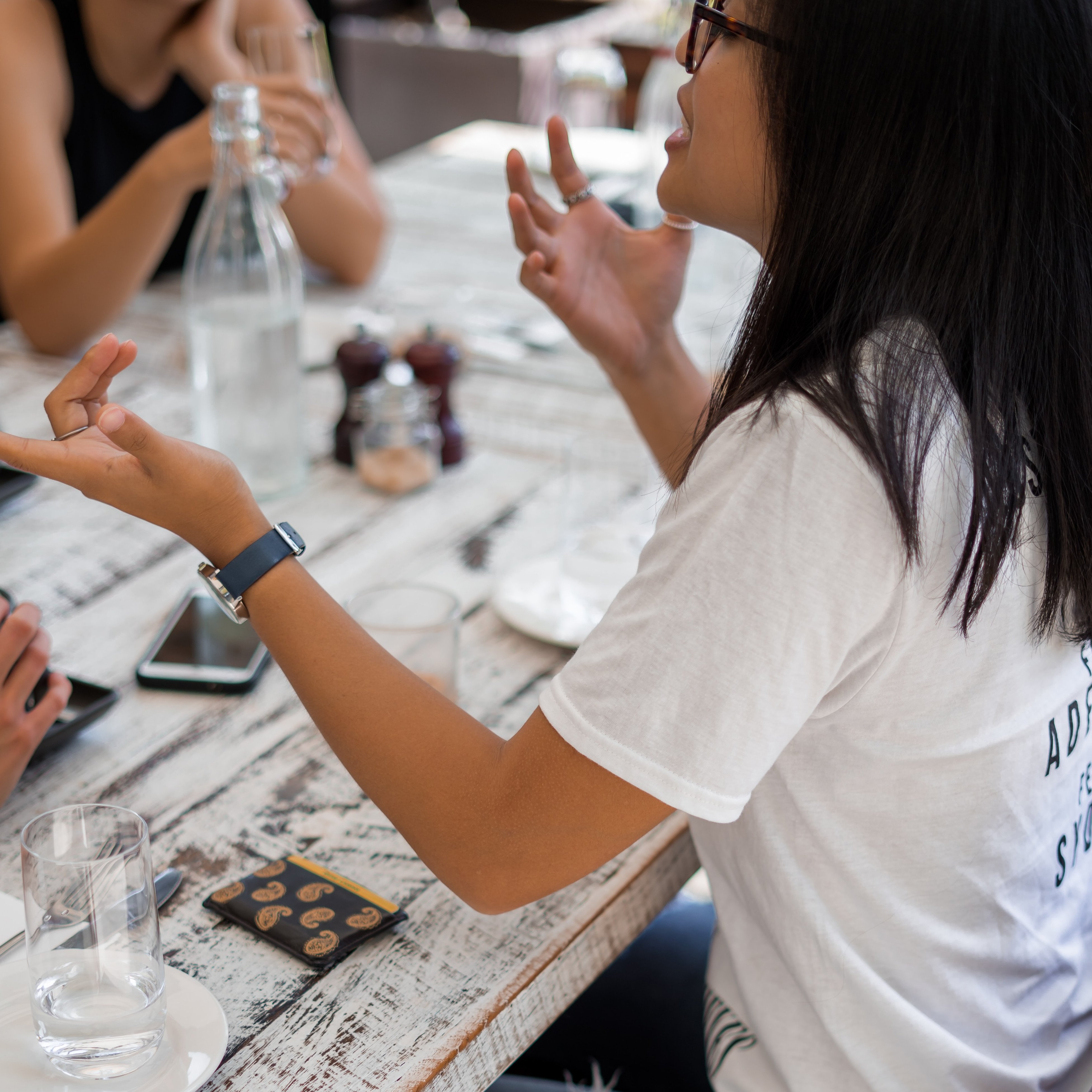 Although there are many types of tongue twisters, we’ll focus on the most common ones today.

There are easy, intermediate, and advanced tongue twisters.

They can also be alliterative, rhyming, and confusing.

Today, we’ll focus on those that use vowels, nasals, and consonants to trip up your tongue.

We'll also share some advanced level phrases, in case you want to mix it up.

The fun of learning French doesn’t have to be only with tongue twisters.

There are many other fun ways. Find them out with French tutors on Justlearn.

Unlike in English, vowels in French don’t change their pronunciation based on which sounds come before or after.

They demand your full focus in order to pronounce them accurately and quickly.

That is why focusing on French vowels certainly pays off.

Here are some phrases to get you started. 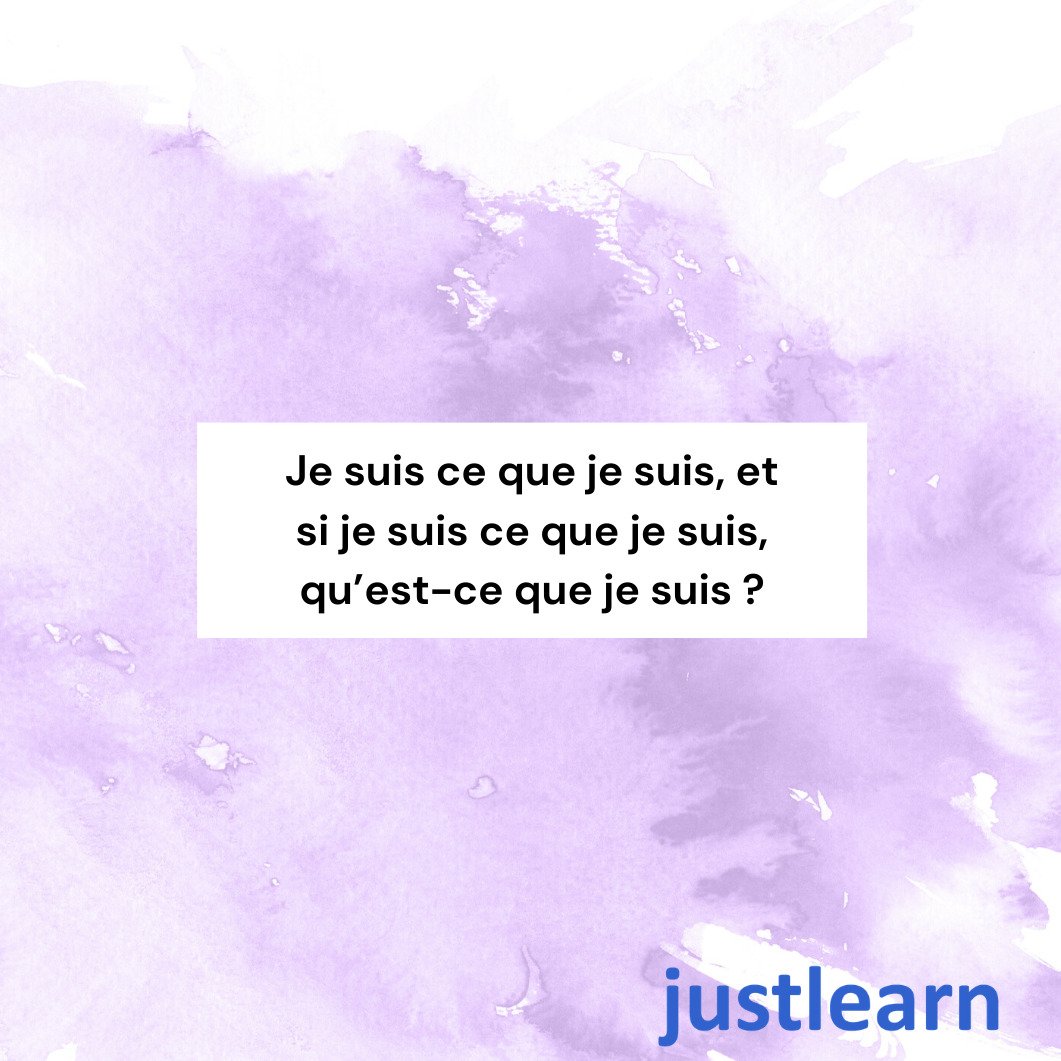 It is one of the easier ones, but that doesn’t mean it’s a piece of cake.

The difficulty is in the words suis, si, and ce.

Words suis and si can sound very similar, so pay extra attention to these two.

Make sure you know the meaning of each word so that you say it accurately.

These six dried sausages are so dry that we don’t know if they are.

This tongue twister mainly focuses on the ss sound, making it far more complicated than the previous one.

Don’t be discouraged. It is, indeed, challenging. With practice, you can succeed.

To make it a bit easier, try listening to a native speaker saying this tongue twister.

Did you see the green worm going towards the green glass?

This tongue twister operates on the same principle as the first one; Words in this twister vert, ver, and vers are all pronounced the same way.

The tricky part is at the beginning, ‘As-tu vu le vert.’

It requires a raised rounded vowel sound, which does not exist in English (the ‘u’ sound at the end of ‘tu’ and ‘vu’ words).

These cherries are so sour; we’re not sure if they are (cherries).

This tongue twister is important for French learners because of the “c’en sont” at the end of the sentence.

They have to focus a lot not to mix the sounds up because there are different nasal vowel sounds in it.

The ss sound appears here, too, but in this case, it is not particularly challenging to differentiate it from the ‘sh’ sound.

Nasal sounds don’t exist in many languages, like, for example, in English.

That’s why non-native speakers need to practice tongue twisters with nasal sounds as much as possible.

For example, if a vowel follows the sounds ‘m’ and ‘n,’ then it has to be pronounced as a nasal sound.

Here is one more example; ‘en’ and ‘ans’ are pronounced the same when nasalized.

With constant practice, you can perfect nasal sounds like any other. 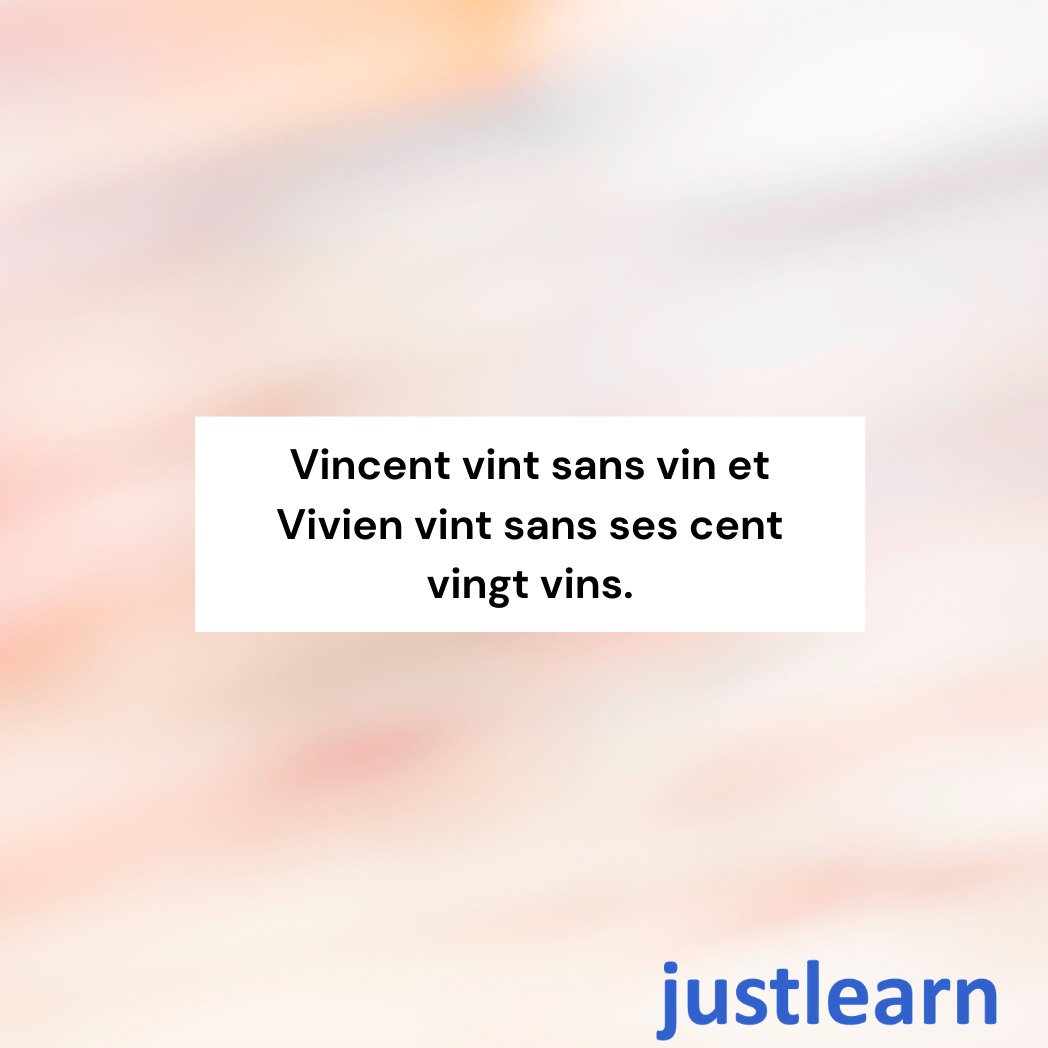 Here is one perfect example of how nasal sounds can sound the same, but they aren’t.

Sounds ‘en’ in words ‘Vincent’ and ‘Vivien, ‘ans’ in the word ‘sans,’ or ‘in’ in words ‘vin’ and ‘vingt’ are very challenging to pronounce.

Remember; start slowly, focus on sounds and words, and you will succeed in no time.

If my uncle shaves your uncle, your uncle will be shaven.

When you first hear this sentence, you will certainly think it’s too easy to say that you won’t even bother trying.

But, wait a minute. Read it out loud. Not so easy, right?

Even though sounds used in this phrase aren’t such a big deal, they are pronounced almost identically.

Words ‘ton,’ ‘tonton,’ and ‘tond’ are repeated so many times that you’ll have to focus on different meanings of the words you’re saying.

A hunter who knows how to hunt hunts without his dog.

If you’ve succeeded with the previous one, it’s time to move on to bigger and better things!

Just like the previous one, the emphasis is on the sounds ‘ss’ and ‘ch’ since there are so many in here.

We can’t categorize this tongue twister so easily, because we can hear many nasal sounds and vowels at the same time.

Charline sings a song every Sunday in the castle room.

However, when pronounced together, especially several times in one sentence, it requires your full concentration.

This twister is a good exercise as a combination of nasals and consonants. 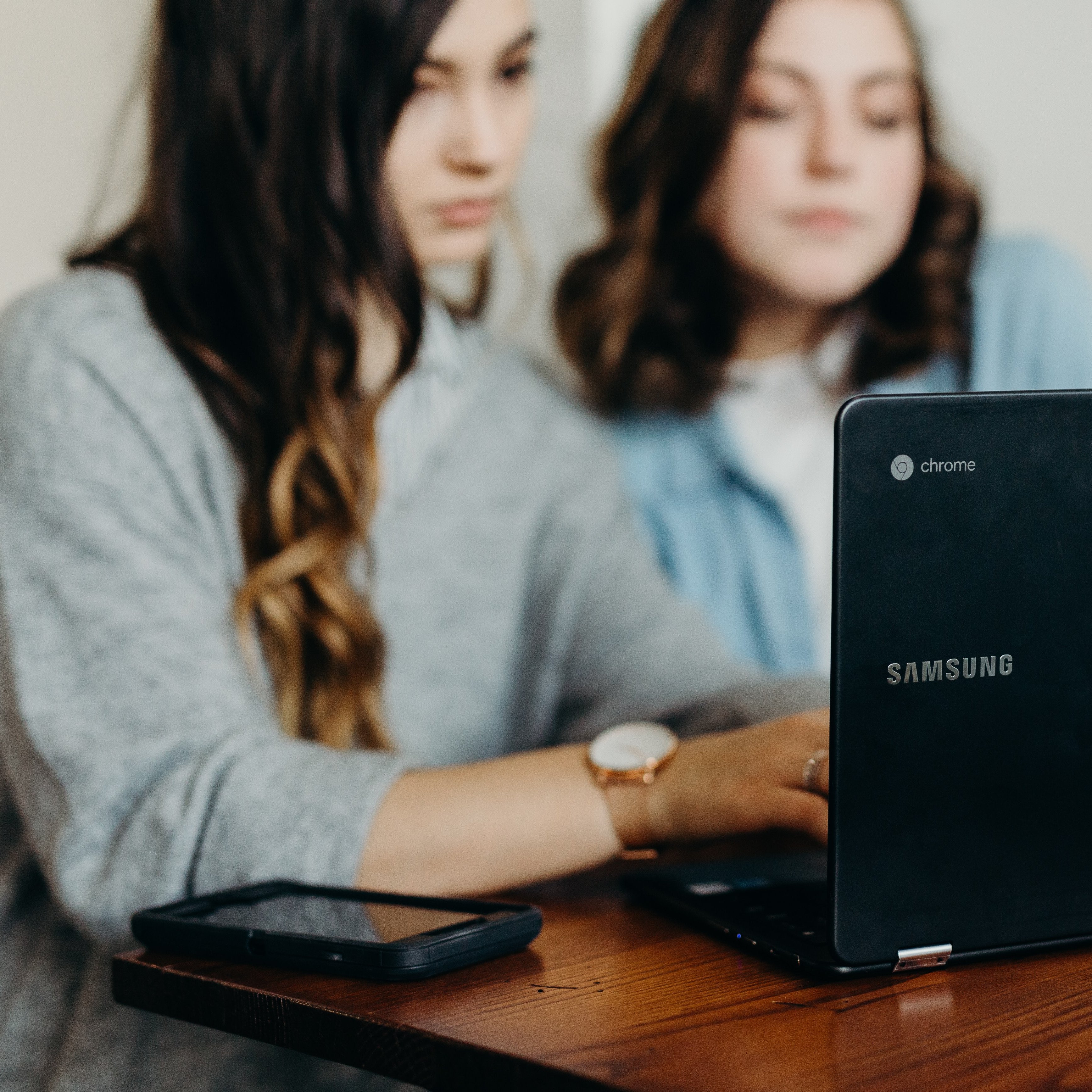 If we compare it with vowels and nasals, consonants are pretty easy to pronounce.

You should try your best to master consonants because, in French, you have to use your tongue more than in English.

It means that you have to push more air through your mouth as you are saying them.

Put your tongue at the back of your front teeth when you practice.

Although it’s a short tongue twister, it certainly isn’t something not worth trying.

While pronouncing this, concentrate on the ss sound like in the word cinq and the shhh sound in the word chassent.

Make a difference between these two sounds in your mind, try to see them as entirely different, and you will be able to pronounce them more easily.

The archduchesses socks: are they dry? Very dry.

Words 'chaussette,’ ‘archiduchesse,’ and ‘sèche’ with mixed sh and ss sounds make it quite challenging.

But, in practice, this twister is an excellent example that can help your French sentences sound more natural.

It is also a great example of alliteration tongue twisters.

Three turtles are trotting down a narrow sidewalk. 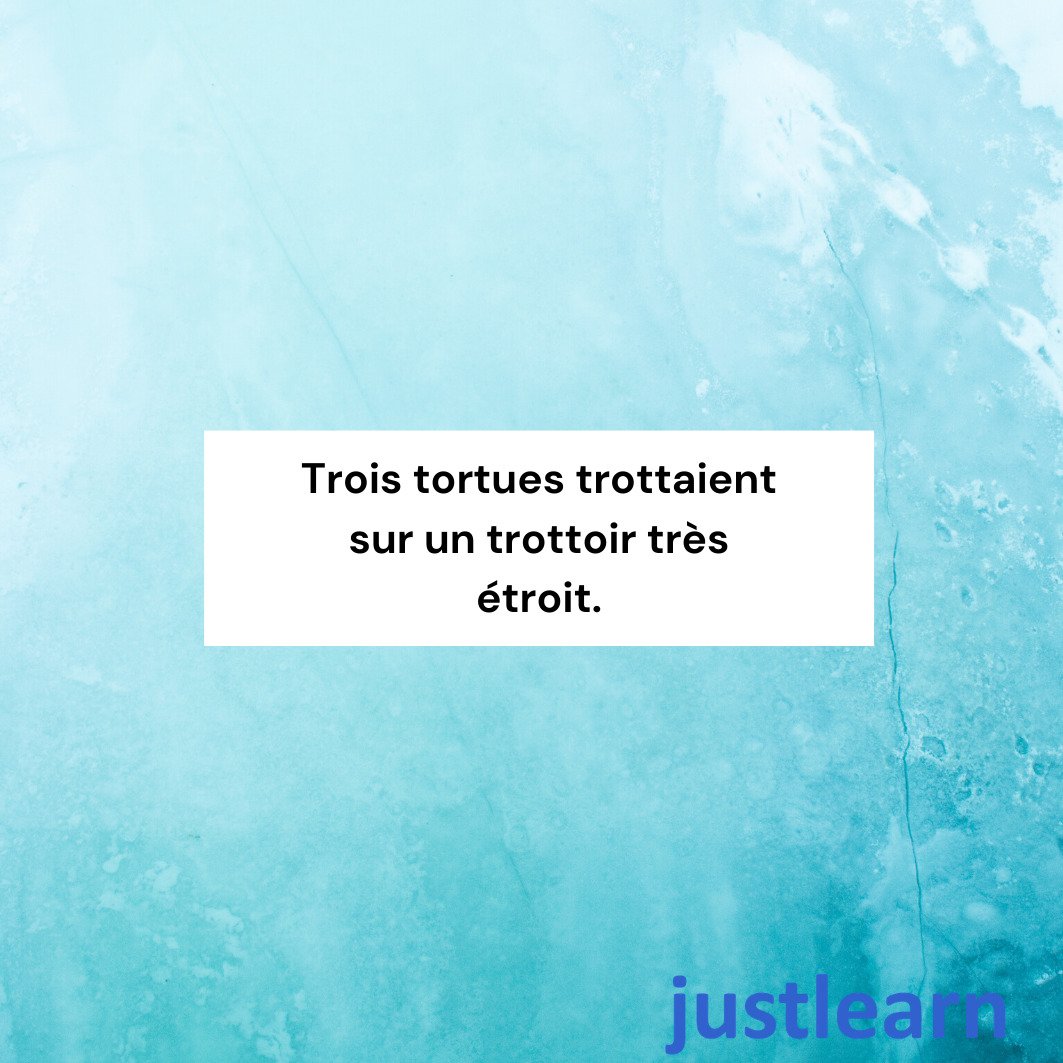 We can’t say this one is that difficult.

However, it is challenging.

You have to pay attention to the sounds ‘r’ and ‘t.’

The combination of these two sounds is an excellent warm-up to say consonants when they’re next to each other, which is not so usual in other languages.

So, French learners, keep practicing this one.

The wheel on the road rolls; the road under the wheel rests.

For some French learners saying the ‘r’ sound is a piece of cake. But for others, it isn't.

Here you have one more exercise that can help you with this typical French sound.

Along with this sound, please pay attention to the difference between ‘sur’ and ‘sous’ as well as ‘rue’ and ‘roue.’

To make a difference in pronunciation, place your mouth forward for the sounds ‘sur’ and ‘rue.’ For ‘sous’ and ‘roue’ place it back.

If you’ve succeeded with the previous ones, then it’s time for a new challenge.

Have in mind that for some of you, these twisters don’t necessarily have to be complicated.

It mainly depends on your native language and sounds you naturally know how to pronounce.

I want, and I insist on jasmine and jonquils.

This one has a lot of sounds so pay extra attention.

There’s a reason why we put it into the ‘advanced basket’.

The sounds z and j are pronounced very close to one another in the mouth between the words ‘je veux’ and ‘j’exige.’

It can be a bit complicated to switch from one to the other.

If you perhaps haven’t noticed while saying it, there is a false rhyme between ‘exige’ and ‘jonquilles.’

The repetition of the sound ‘j,’ and the double sound ‘ls,’ can distract you quite easily.

So, the first couple of times say it slowly and pay attention to every syllable.

If you still have trouble pronouncing it, don’t be shy to ask a native speaker to say it properly for you. 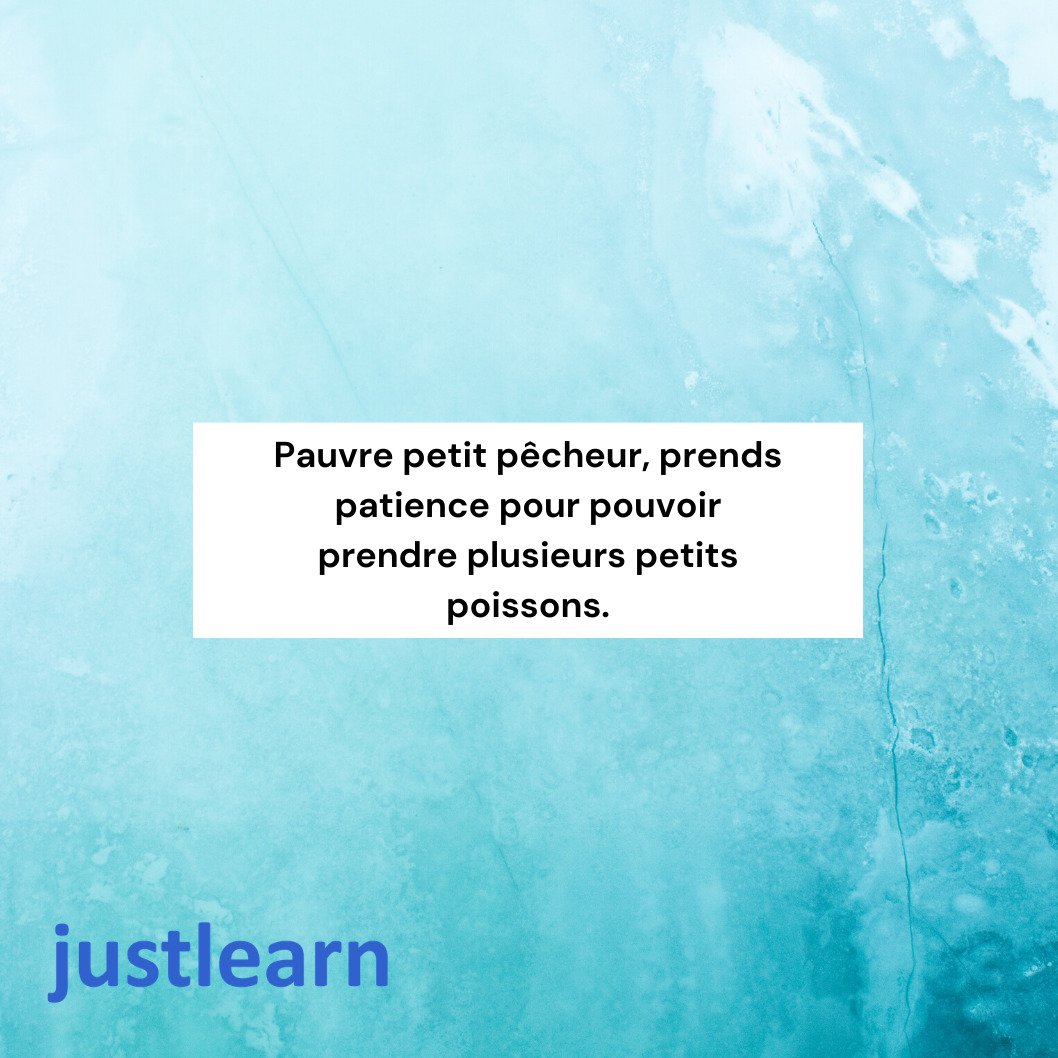 The point of this twister is to practice the sound ‘t’, that in many cases, sounds like the ‘s’ sound like in the word ‘patience.’

Another good exercise comes from the difference between ‘pour’ and ‘pou.’

And one more catch: pronouncing the ‘r’ sound and moving your tongue freely.

What do you think of this one? Is it too difficult?

No, no, don’t be terrified. It is possible to say this one.

And yes, it’s difficult, but take your time to read it slowly, word by word.

Focus on the ‘r’ and nasal sounds.

You will see an improvement.

You are now very interested in tongue twisters, aren’t you?

It is, indeed, a fun practice that makes you try until you make it perfect.

It is a good thing because it makes you enthusiastic about working more and more.

And the best thing is that you can hear an improvement in no time.

Even though you can practice these tongue twisters by yourself, you need to develop your ear by listening to native speakers pronounce them.

What a better way than to practice with French tutors on Justlearn.

How can I improve my French pronunciation?

Talk with French speakers as much as possible, practice tongue twisters, speak out loud, talk in front of the mirror.

What is tongue twister in French?