70 Common French Phrases and Expressions for Every Situation

Do you have a passion for one of the most romantic languages?

Or perhaps you are planning to travel to France and would like to impress the locals?

The reason is not so important.

The important thing is that now you have these French phrases to help you survive your first conversations with native speakers.

We’ve given you the 70 most common French phrases that can be very helpful in any situation.

Thanks to these expressions, you'll learn French with ease. 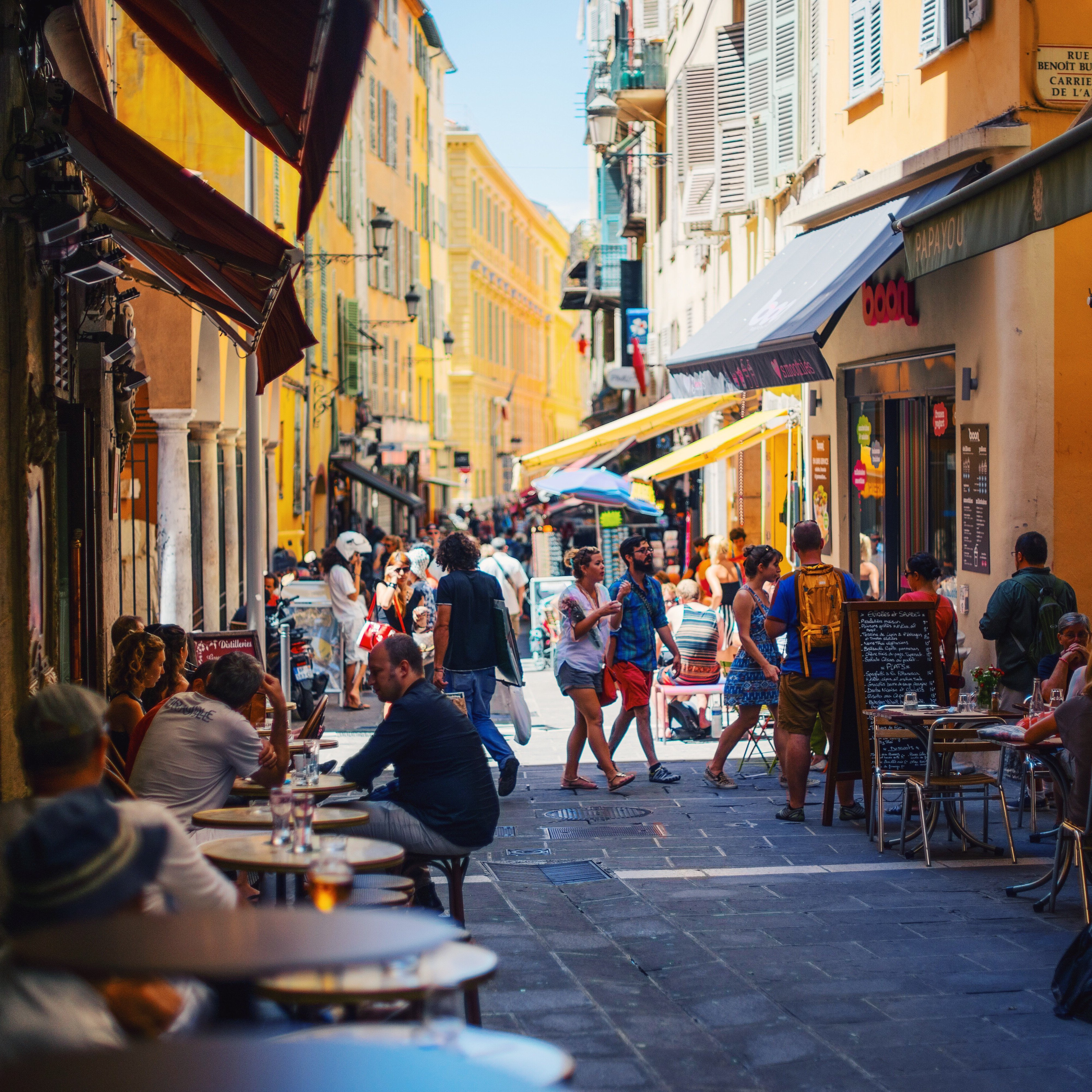 Prepare for your trip by learning French phrases for beginners

Before we get started, you should be aware that French pronunciation is different from English, Spanish, Italian, etc.

The most effective way to learn how to pronounce well is by finding a French tutor on Justlearn.

They are true professionals, with years of teaching experience, and with them, you surely won’t get bored, and you’ll learn to talk like a native in no time.

As you already might know, greetings are the base of every language. First, let’s expand your French vocabulary with salutations:

It is the standard, basic greeting in French.

It can be used both formally and informally.

If you are a beginner, this is a straightforward phrase for you to learn and pronounce. It is considered very impolite not to greet someone.

It is the same as the phrase above.

The only difference is that you use it at night.

Here, you see the phrase for informally saying hello to your friends.

Don’t use it to greet older people, or on business occasions.

Note that the letter ‘t’ at the end of the word is silent; therefore, you don’t pronounce it.

The general rule is that if a word’s final consonant isn’t followed by vowels, then it is not pronounced.

French people have a tradition of kissing on the cheek when they greet someone.

This can be surprising for other countries and tourists, but it is a crucial part of French culture.

See more: The Ultimate Guide to Understanding the French Culture

The Literal translation of this phrase is ‘delighted, enjoyed,’ but also ‘enchanted, bewitched.’ There’s no need to be afraid; you will not bewitch anyone by saying this.

This expression is used both formally and informally, though formally much more often.

This phrase can also be translated as ‘if you please.’

While this phrase is used formally as a polite greeting, it can also be used for plural.

The informal, adequate expression is ‘S’il te plait,’ which, just like the previous one, can be used for singular.

This expression is short from the ‘Je vous souhaite la bienvenue,’ which means ‘I wish you the welcome. You can use it for anyone.

However, have in mind that if you say ‘Tu es le/ la bienvenu(e),’ you use it for one person (singular), where ‘le bienvenu’ is for the masculine, and ‘la bienvenue’ for feminine..

The ‘Vous etes les bienvenu(e)s’ phrase is ideal to use for one person (plural), masculine, ‘bienvenus,’ or feminine, ‘bienvenues.’.

The standard way to ask someone how they are. Translated, it means ‘it goes.’

It is the most commonly used expression.

Have in mind that this phrase isn’t recommended to use with strangers or at work to your boss. So, use it only informally, among friends and family members.

It is a short version of ‘Comment ca va?’

It is one formal phrase to ask someone how they are, as well as one of the most commonly used ones. Note that your answer to this question always has to be combined with the phrase ‘Ça va,’ or with the added adjective ‘bien;’ ‘Ça va, bien.’

One more ‘How are you?’ combination.

Just like in the previous one, you can respond to this phrase with the ‘‘Ça va,’ phrase.

Here, we have the answer to either of the questions from this part.

This expression can be used both as a question and an answer.

As an answer, it is used informally, among family members and friends.

It is interesting to mention that the answer ‘Ça va’ is the same as the question.

The only difference is in intonation. 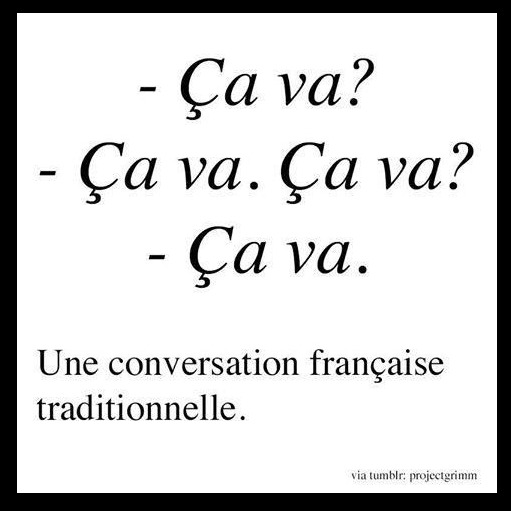 The obvious question that follows after your speaker answers.

If you are asked this way, it means that your speaker is satisfied with your answer and that the conversation goes in the right direction.

Similar to the ‘Ça va’ phrase, this one is used quite informally.

When used in conversations, it means ‘All good!, I’m good! or That’s works!’

It would be ideal if you could memorize this phrase and give your conversation with French friends a native note.

One of the most common answers to this question is ‘Comme d’hab,’ which means ‘As usual.’

Related article: How to Speak French Like a Native (7 Simple and Effective Tips)

A little bit of politeness is required in every language.

The meaning of this phrase is the same as the classic, previous one.

However, if you want to add some more politeness and a friendly note, then this is the perfect expression to say ‘thank you.’

For expressing extra gratitude, use this phrase.

It is a standard reply to all the above expressions.

If you want to reply to ‘Thank you’ with something more than just ‘De rien,’ then use this phrase. It has a more definite note.

Use this phrase to say you are sorry or if you want to get past someone.

This phrase is a bit stronger than the previous one, and, therefore, has a stronger connotation.

When you, for example, haven’t heard what the speaker said, you can use this phrase, any of its forms.

Question words can be constructive in situations when you don’t know much, or you don’t know the proper word. But with these questions, you can somehow explain more precisely what you need.

Note that the first form of the phrase is used for masculine and the second for feminine.

What are some French sayings?

How do you say simple phrases in French?

What is the most beautiful French word?