The word “goodbye” is probably one of the most used words in everyday conversations.

We say it a lot of times in a day, to different people, and for the same reason—to express good wishes when parting ways.

If you’re traveling or moving to any of the French-speaking countries, learning the different ways to say goodbye in French is essential. 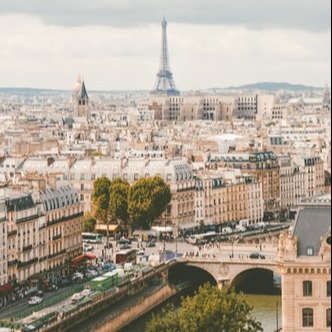 Because just like anywhere else in the world, we use the word “goodbye” every single day when conversing with French speakers.

Let’s dive in, shall we?

13 Ways To Say Goodbye In French

We’ve put together 13 different ways to say goodbye in French along with how it is correctly pronounced, how it translates in English, and its context.

Ah, the quintessential Au revoir. This is something you already probably know about. In fact, this is probably the first French goodbye most of us learned.

“Au revoir” literally translates to “until we see each other again.” You can say it during both formal and casual conversations.

Watch the video below to learn how au revoir is properly pronounced.

While au revoir is generally accepted under any circumstances, you don’t want to be stuck with it and sound like a broken record every time you’re saying goodbye.

Aside from the stereotyped “au revoir,” there are several ways to say goodbye in French. Read on to find out more!

If you are engaging in a formal conversation, you can increase its formality by adding Monsieur (Mister/Sir), Madame (Mrs.), or Mademoiselle (Miss) to the end of this expression.

You can also say “au revoir” as a follow-up to this conversation. Don’t worry, it wouldn’t be considered excessive as many locals say it, especially during polite interactions.

“À tout à l’heure” translates to “see you later” in English. It is generally acceptable to be used in both formal and informal conversations.

This expression is most commonly used when talking to someone you’ll be seeing later within the day.

Take, for instance, you’re speaking to someone over the phone and you’re making plans about seeing each other later within the day. You can end the phone call by saying “à tout à l’heure.” 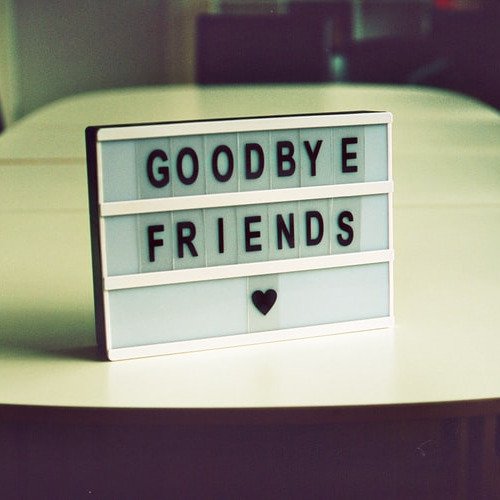 Similar to “à tout à l’heure”, this expression is see you later in French. The only difference between “à tout à l’heure” and “à plus tard” is that the former can be used in both formal and informal conversations while the latter is relatively more formal.

À plus tard has a more casual, shortened version, which is à plus (ah plue-ss). You can use this abbreviation when parting ways with a close friend after catching up or under any casual circumstance. In informal emails or text messages, you may see it written as A+.

Bear in mind that both à plus tard and à plus is pronounced without the “s” sound of the word plus.

The French expression “à bientôt” can be used either formally or informally. It translates to “see you soon” in English.

You can say “à bientôt” when you’re certain that you will be seeing the person you’re talking to again. It does not mean that you’ll be seeing each other again very soon, it might mean a week from now, a month, or even a year.

There’s another way to say “à bientôt”, which is “à très bientôt,” however, it should only be used when you’re saying goodbye to someone whom you’ll be seeing again after a few hours.

Say “à toute de suite” when briefly parting ways with someone. It is basically the equivalent of the English expression “see you in a short while.”

For instance, you’re talking to a colleague but you have to step outside for a moment to buy coffee, say “à toute de suite.”

Simply put, this is typically used as a way to say a quick goodbye, specifically when you’re pretty sure you’ll see the person you were previously talking to in a short while.

Keep in mind that “à très bientôt” is very similar to “à toute de suite.” The former translates to “see you very soon”, while the latter means “see you in a short while.” Both of them are used as a way to say goodbye to someone you’ll be seeing again shortly.

In English, the French expression “à la prochaine” means “until next time” or “see you next time.” It can be used in both formal and informal conversations.

Ideally, you can say it when you’re parting ways with someone you’re hoping to see again, but you’re not exactly sure when, or if, you’ll see each other again.

For instance, a relative is moving out of the country, you can say “à la prochaine” to bid your goodbye with an indication that you’re hoping to see them again at some point in the future.

“À demain” translates to “until tomorrow” or “see you tomorrow” in English.

This French expression is ideal to use when parting ways with someone you see regularly—a colleague or a classmate, for instance.

For example, your work shift or class has ended, and you’re saying goodbye to your colleagues or classmates, you can say “à demain.”

You’re probably aware that salut is basically hi in French, but do you know that is also a way to say bye in French?

The French expression “salut” is very casual, so you should only use it during informal conversations with very close friends and relatives.

Bear in mind that salut also means hi in French, so be mindful about how you use it lest it results in misunderstandings. How you use the French word salut as a way to say hi or goodbye depends in the context and the situation.

A great way to let your friends know that you’ll get going is to say “je m’en vais.” This French expression literally translates to “I am leaving” in English.

Obviously, this is not an expression that you can use during a formal conversation. You don’t want to say “I am leaving” to your boss, teacher, the elderly, and to anyone whom you should be speaking politely.

Feel free to say “je m’en vais” when you’re conversing with family, friends, and anyone personally close to you.

After a long night catching up with friends, you can say either one of these two French expressions to let them know that you’re off.

Similar to “je m’en vais”, both “je me casse” and “je me tire” can only be used informally. So be cautious about how you say any of these as they may be considered somewhat offensive in polite company. With that in mind, only use these expressions when you’re with friends or family that you’re extremely close to.

Adieu is a way to say goodbye that should be taken seriously and used sparingly. Literally, it is farewell in French.

This French expression is highly formal and it imparts a sense of finality. Steer clear of this one unless you’re saying goodbye to someone who you might never see again.

For instance, you can say Adieu to someone who’s on their deathbed. You can also say it when breaking up with a romantic partner whom you never plan on seeing again.

To help you get a better idea about the French expression adieu, watch the music video of the French song “Adieu” by Cœur de pirate, which tells the story of a cheater getting very seriously dumped.

I know what you’re thinking: Ciao is not a French word, it is Italian! Well, it is indeed an Italian word, but would you be surprised to learn that it is widely used in daily conversations among French locals?

Similar to most languages, the French vocabulary has several borrowed words from Italian, English, and other languages.

Ciao is not only an excellent way to say goodbye in French, but in any language as well! However, it can only be used during casual conversations with someone you’re very close to. Make sure you don’t use it to say goodbye to your employer, to the elderly, and to anyone you should be talking politely.

Go ahead and feel free to make use of “ciao” as an equivalent to “goodbye” the next time you’re speaking with a friend and you have to part ways. It is a very common word that the vast majority knows about.

So, there you have it! If you’ve finished reading this article, that means you already know 13 different ways to say goodbye in French.

There is a proper way to say goodbye to family, friends, colleagues, and anyone you might come across with. There is also an appropriate expression when bidding goodbye during formal and informal conversations.

Lucky for you, because at this point, you’re already knowledgeable about how to say goodbye depending on who you’re talking to and the circumstances you’re in.

Make sure you also learn about the 10 useful French greetings for every occasion, as it may also come in handy in everyday conversation with French-speaking folks.

You can also watch the video below to learn French greetings that are essential in everyday conversations and how they are pronounced.

French is a beautiful language and if you’re interested to learn more about the French language and be fluent in speaking it, Justlearn is a great place to start learning.

At Justlearn, you will find French tutors who have the French language as their mother tongue. Who can teach you French better than those who have it as their native language? None.

Start your journey towards becoming a fluent French speaker at Justlearn.

What is the word for a French farewell?

How do you respond to au revoir?

You can say also Au revoir. If you're going to see each other again soon, you can say A bientot, A demain, A tout.

Bonjour is used for Hello and Goodbye in Quebec. But in standard French, bonjour means only good day.