The Only Spanish Culture Guide That You’ll Ever Need

What is the first thing that comes to your mind when you hear the word culture?

For most people, it mainly refers to art, music, some customs, tradition, and so on.

But for some people, culture also refers to language.

A lot of them get confused by these two.

But here’s the thing: don’t be confused.

Culture and language are connected.

You must be wondering what we mean by this?

How are they connected?

It is quite simple so let’s dive in. 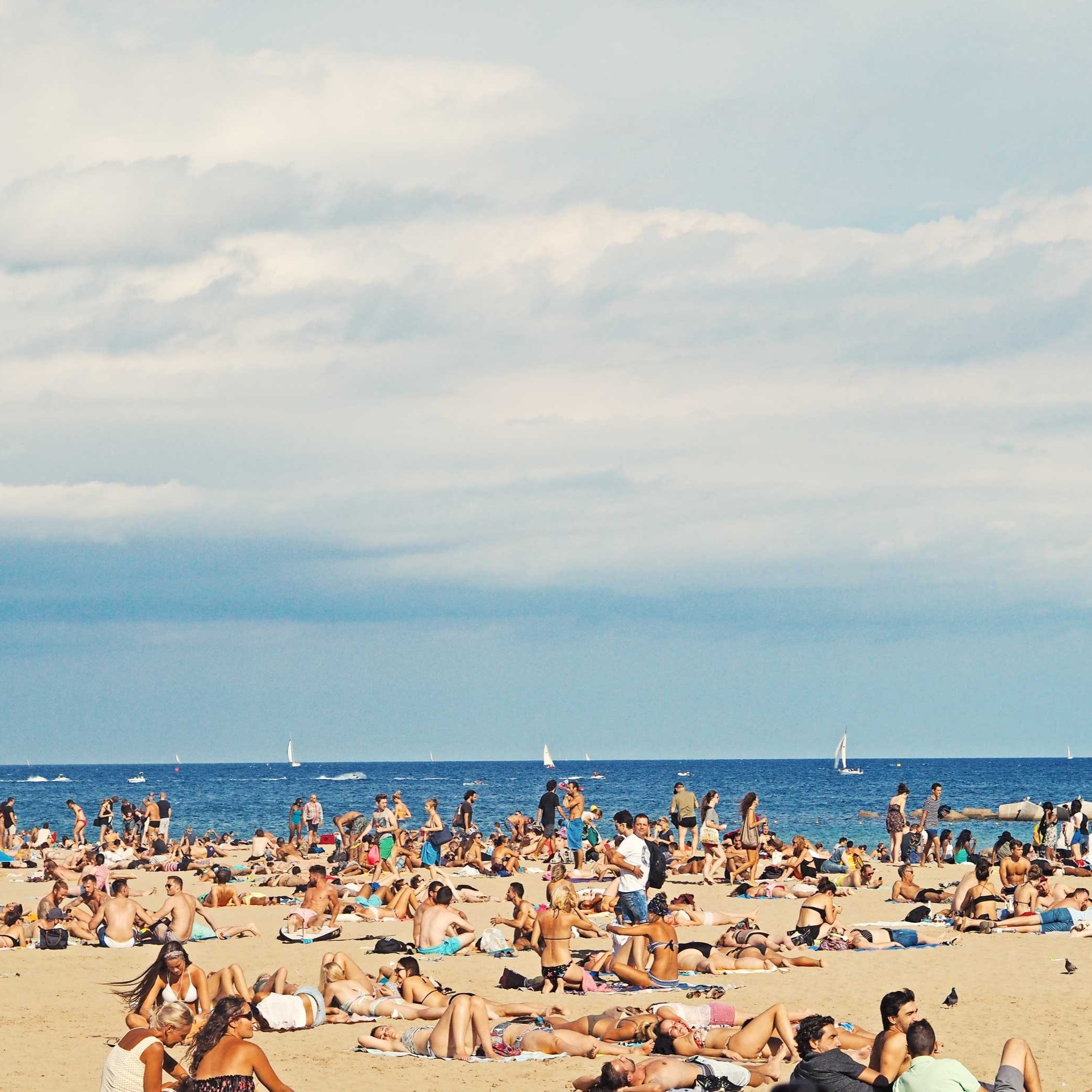 The connection between Spanish culture and language

Culture is all about customs, traditions, and history of one group of people that gives them a sense of community and collective identity.

Language is the basis of human communication used by a particular community.

It is the first thing that unites us.

Therefore, culture and language are and have always been linked one to another.

Thanks to language, we can talk about culture and interesting facts, share our tradition with others, etc.

This concerns all languages, but especially Spanish.

So, if you are planning to travel to Spain or Spanish-speaking countries, then this is the right article for you.

In the next lines, you can get to know Spanish culture, customs, and language that can help you understand these people and their traditions better.

You’ll also have fun along the way and even impress some good-looking Spanish people with your perfect knowledge.

Who knows, maybe you find a dream job out there too...

No matter if you need the language to impress native speakers, or you need it to ask for directions, the best way to master any language is by listening and speaking.

There is no better way than to practice with a Spanish tutor on Justlearn.

“History is the teacher of life”

Does this sound familiar?

It was the famous Roman Cicero who said it. And he was right.

So let’s find out something about Spanish history.

You’ll be surprised by how much this country developed during the centuries.

Spain is one of the oldest countries. 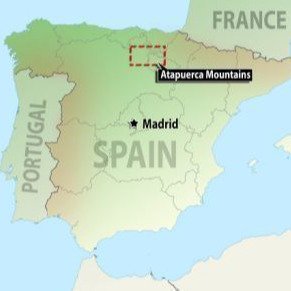 Atapuerca Mountains are witnesses that over a million years ago, the first men settled in today’s area of Spain.

In the Middle Age, Arabians came to the Iberian Peninsula, so the long battle between Muslims and Christians took place here.

Even today, we can see Arabic influence on Spanish architecture, art, even language.

Spanish power began in 1492 when Christopher Columbus discovered the Americas when the Spanish empire became big, occupying many countries in Europe, South America, and even Africa and Asia.

A civil war that lasted from 1936 until 1939 and caused many families to lose their loved ones and dictatorship that ended 1975 with Franco’s death are some of the tough periods.

1975 is the new era for Spain. From then on, this country rapidly started developing, and the Bourbon dynasty returned to the Spanish throne.

Spain became a member of the European Union in 1986 and started to use the Euro as its currency in 1999.

For more stories about other Spanish speaking countries, read the following article: 21 Spanish Speaking Countries (Some May Surprise You)

The history and the language

It’s important to know the history of a language for one simple reason: understand the context linked to the culture.

As for the Spanish history, its journey was pretty amazing.

Spanish is a descendant of the Vulgar Latin and a member of the Romance language family along with Italian, French, Portuguese, and Romanian.

In the 2nd century BC, Romans came to the Iberian Peninsula and brought the Latin language. Over decades and centuries later, Latin influenced local dialects; some of them changed completely. Today we know them as the Romance languages, as mentioned earlier.

When Spain became a mighty empire, the language had been spread along with it. It led to many Spanish dialects, particularly in Latin America.

Only one language doesn’t belong to this group of languages and has no similarities at all. However, this language remained alive for centuries and was and still is spoken in one part of Spain.

Can you guess which language is that?

It is the Basque language spoken in Northern Spain and Southwestern France.

As for the Spanish language, it is known as one of the easiest languages to learn. Pronunciation is simple and straightforward. It has clear grammar rules and a sentence structure, too.

But a language without people isn't worth much. So, when you picture happy and cheerful Spanish people speaking Espanol loudly and lively, admit that you also picture yourself talking to them. 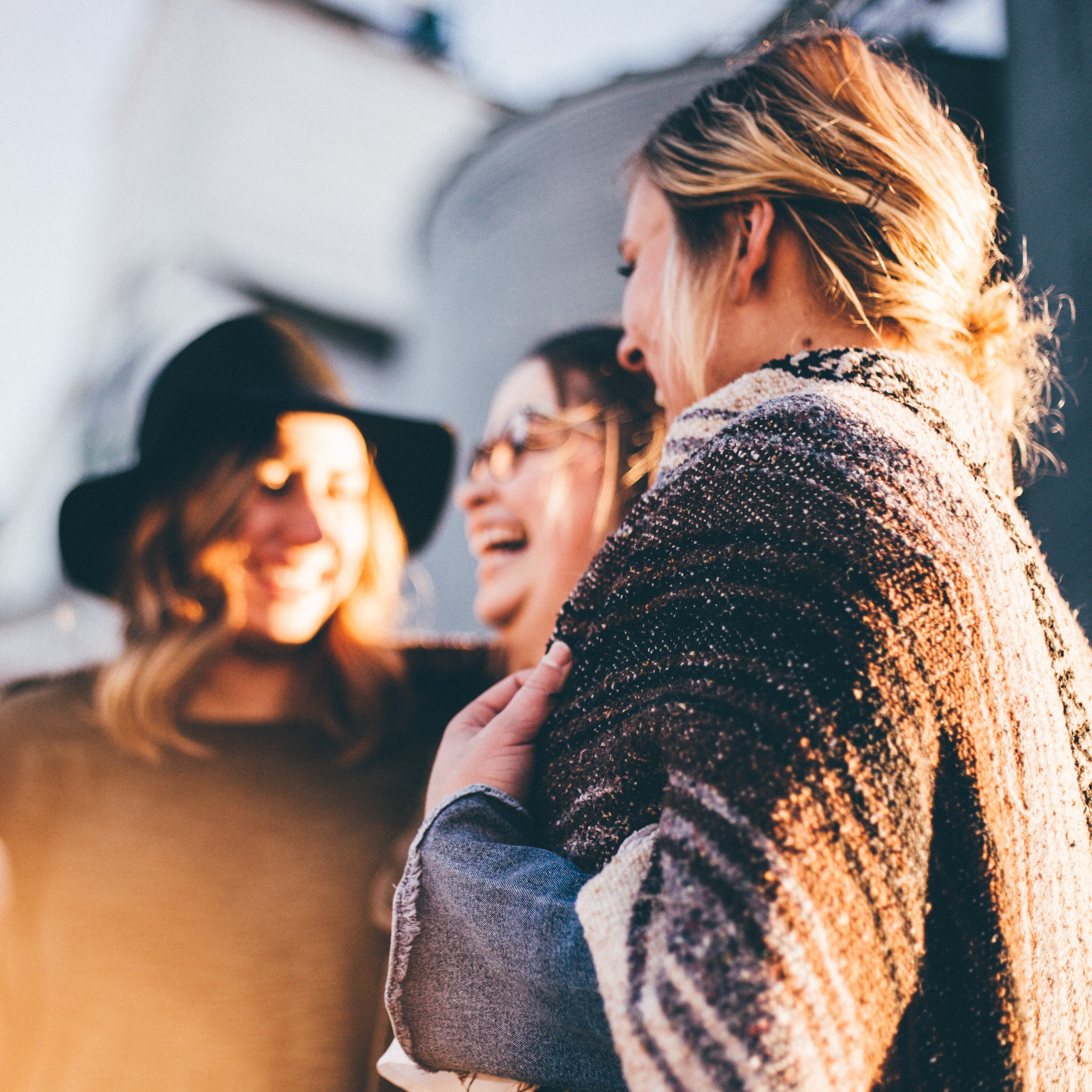 When talking about culture in general, Spanish contribution to the world’s culture is enormous.

As we learned, during the history of Spain, there were long periods when this country was one of the most powerful empires in the world, but also other, harder periods when it suffered a lot.

Many influences, starting from Roman, continuing with Arabian, and, in the end, el Español style is all that mix and variety Spanish culture represents today.

It is worth mentioning, for example, worldwide-known Spanish Flamenco music, where Spanish people give their souls into this dance. 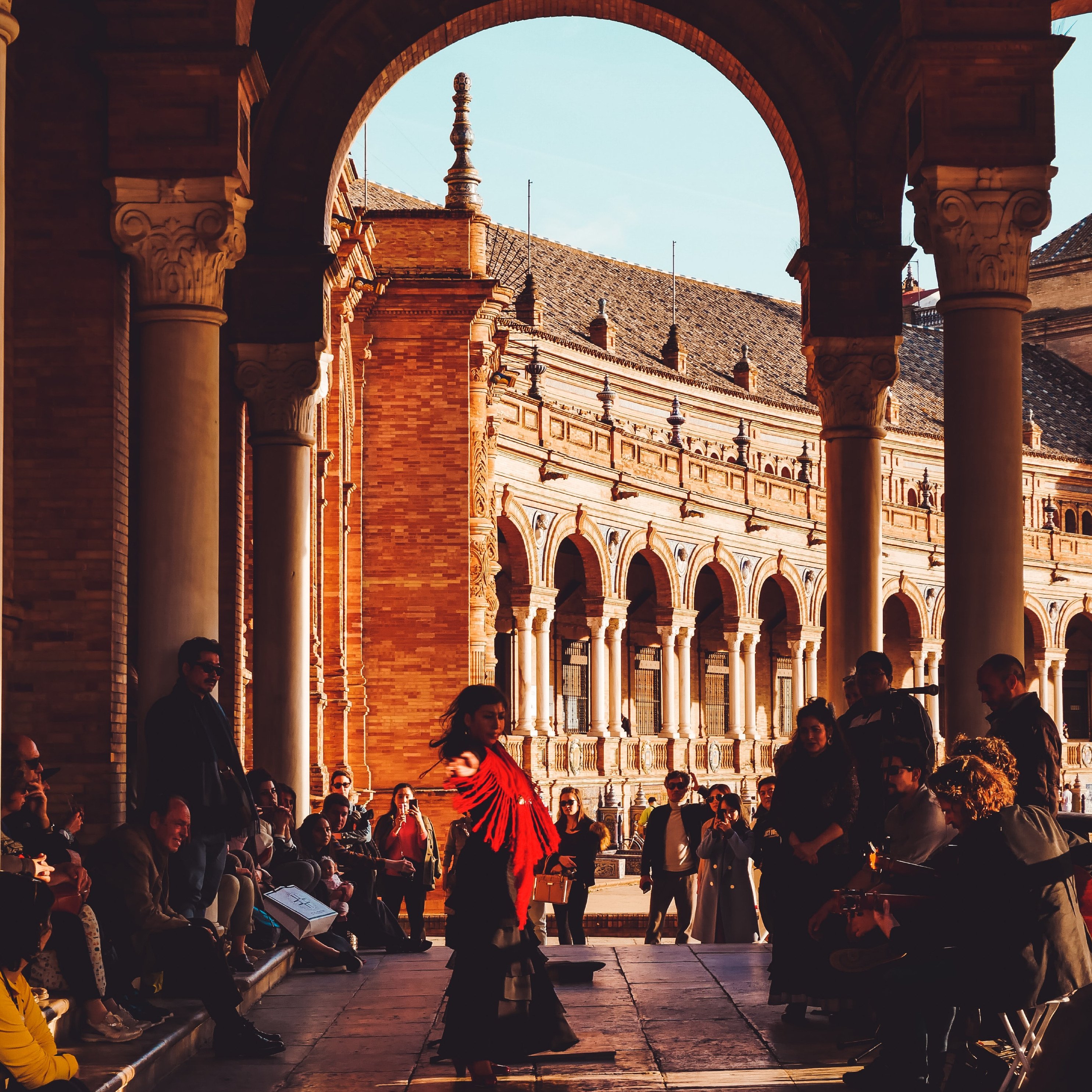 Let’s not forget to mention art, architecture, cinema, or literature.

Then there are magnificent poets such as Federico Garcia Lorca and Lope De Vega.

All of them and many, many more left their works to Spain. And Spain is proud of them. The rest of the world, too.

Discovering new customs and traditions is once in a lifetime experience.

With such a rich history, Spanish customs are an inevitable part of their culture.

They greet each other by kissing two times, once in each cheek. Nowadays, it is common that people place their cheeks together and make a kissing sound.

In Spain, it’s typical to stand close to other people.

If you need any kind of help, financial or social support, family is there for you. 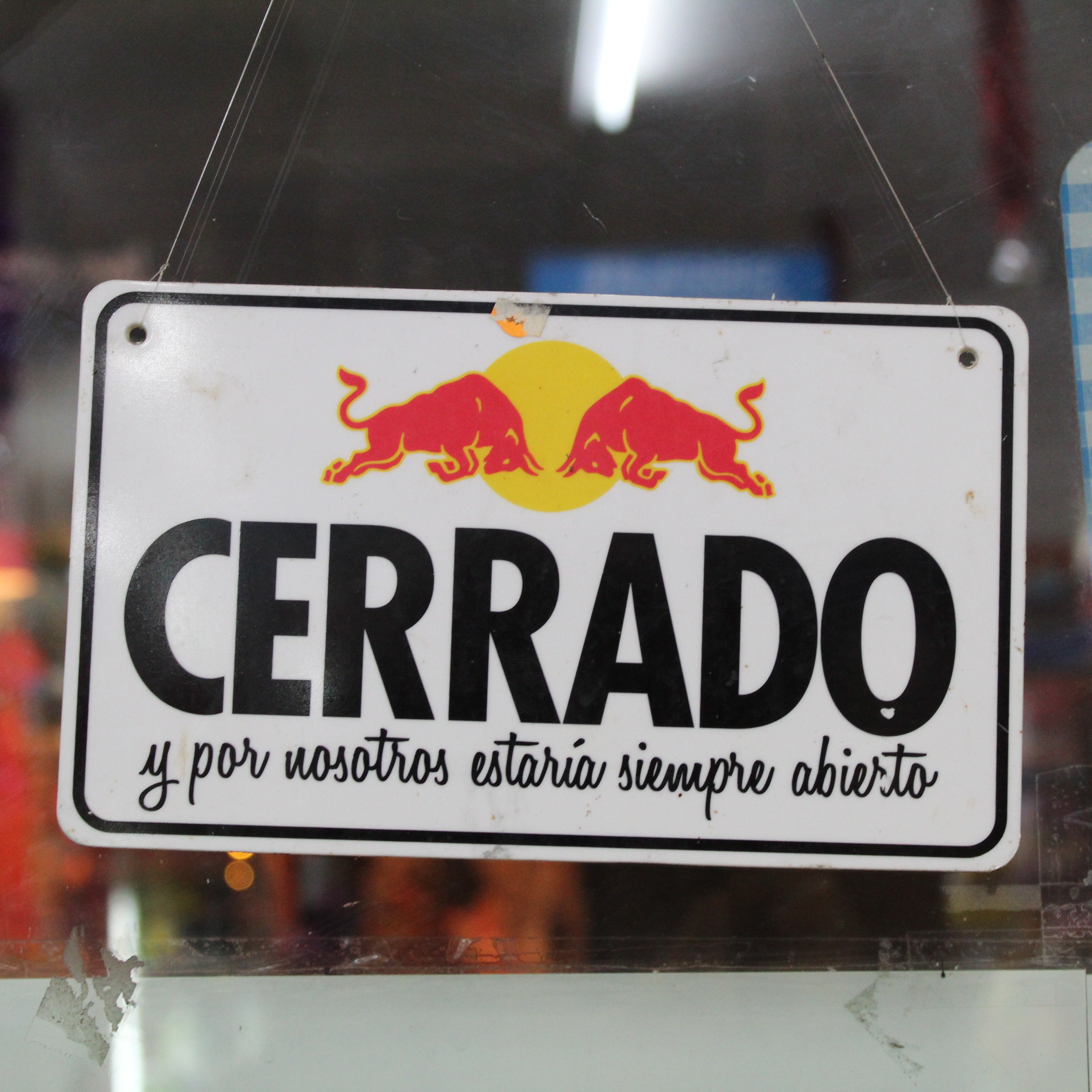 Paella, Patatas Bravas, Jamon Iberico, Gazpacho, Tortilla, and so on. These are worldwide known Spanish dishes, the pride of Spanish cuisine.

Spanish cuisine is one of the most known in the world and its light and Mediterranean style makes every dish delicious. 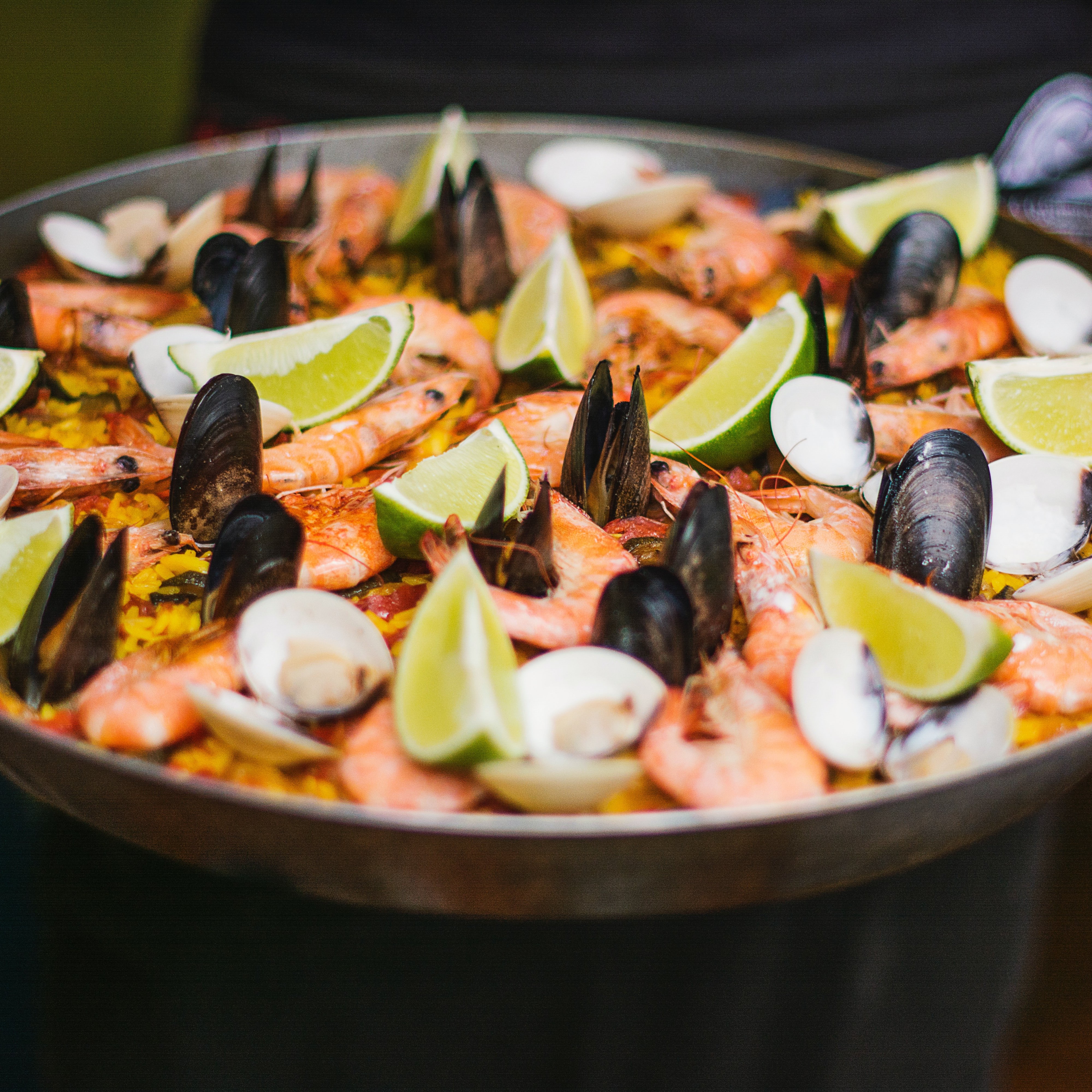 Some say that the history of Spain can be seen on their plate.

It is entirely true.

Thanks to the influence of many civilizations, Spanish cuisine today is the perfect mix of all of them.

For Spaniards, meals are a significant part of life.

Dinners usually are served late and can last until late at night.

Going out with friends in Spanish tavernas or traditional restaurants is proof of how much they appreciate and connect meals with relationships.

If you, perhaps, plan to visit Spain, this short guide can be enough.

However, Spain is full of tradition, customs, and excellent cuisine.

It’s a country of extraordinary wines on one hand and perfect architecture and literary arts on the other, so one article can’t be enough to name all of them.

And don’t forget the importance of language.

If you want to practice Spanish, try it out with Spanish tutors on Justlearn.

Do you have some experience with Spanish customs? Do you know some interesting facts about Spain tradition or language? Don’t be shy. Share with us in the comments below!

What is the Spanish culture known for?

Spanish culture is known for Flamenco, beaches, sunshine, artists like Picasso and Dali.

What is unique about Spain culture?

Spanish culture has a lot of festivals throughout their country that are quite unique. Other unique traditions are siesta, flamenco, nightlife and dining practices.

What are the values of Spain?