Are you a natural Español talent?

Or perhaps you are a master of Spanish cuisine and culture?

Would you say that you know everything about Spain?

How much do you really know?

Even though Spain and its culture are one of the most popular ones worldwide, there are stll some fun facts about Spanish that might surprise you.

Why are Spanish fun facts so interesting?

Facts are pieces of information that are either known or proved to be true.

Fun facts are even more entertaining.

They can be told at any time and they don't have to be relevant or important.

Often, we can learn new things through exciting facts as besides entertaining us, facts allow us to learn.

In this article, you will find some interesting facts about Spain, their language, culture, and cuisine that you haven’t heard about yet.

If you are on an ‘infant level’ of speaking Spanish, the best way to ‘grow up’ is to visit the Justlearn platform, and choose a tutor.

They are all native speakers and true professionals. With their help and fun classes, you will learn and improve your Spanish in no time.

10 Interesting Facts about the Spanish language 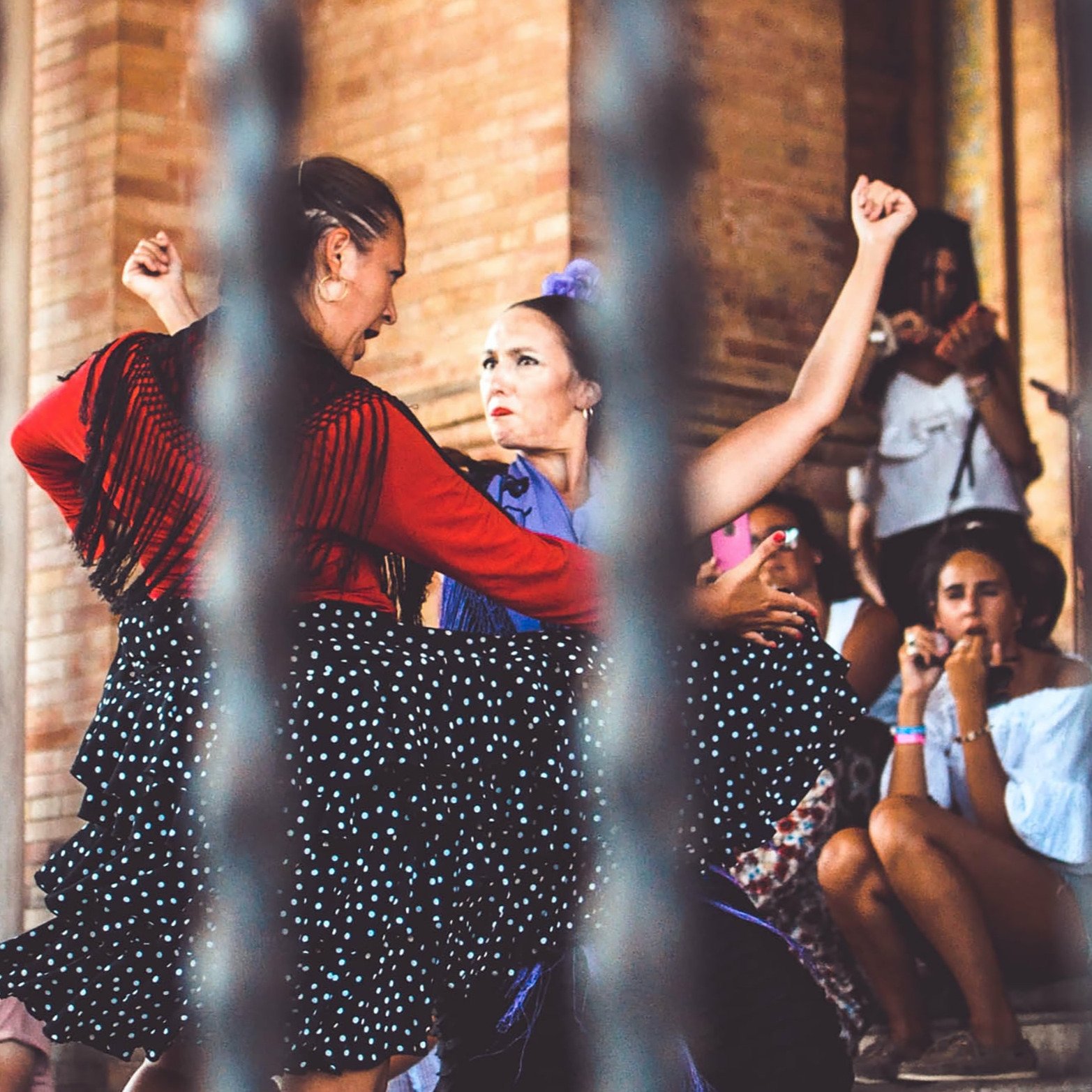 Spain is the second oldest nation in the world.

Only the Japanese have a longer life expectancy.

So, what is it in this country that makes people live longer?

Some say that the secret is in their Mediterranean food; a lot of fruit, fish, seashell, and olive oil.

Others emphasize the importance of walking or ‘el paseo.’

76% of Spanish people walk at least four days a week for 10 minutes.

A longer, but more relaxed workday benefits the lifespan.

Siesta is one of the main reasons.

People go home and have a lunch break, not for half an hour, but two hours.

Then they can have lunch slowly, without hurrying back to work, and after that, spend some time napping or be with their families.

At the moment, almost 18 million people are learning Spanish.

The interest in Spanish grows daily.

Spanish became quite popular not only in Europe and North America but in Asia as well. Schools and universities, online classes, internet podcasts and tutoring platforms...everyone got crazy over Spanish.

It became the third most popular language on the internet, right after Chinese Mandarin and English.

What is the secret?

There is no secret.

Just take a look at how simple it is to learn the language.

Spanish is among the five easiest languages in the world.

Twenty-one speaking countries over the three continents increase its possibility of popularity.

So many attractive tourist destinations contribute to all the above reasons.

If you belong to the minority who doesn’t speak or learn Spanish, then what are you waiting for?

3. Spanish is Romance language, a descendant of Latin

Spanish is a Romance language together with Catalan, French, Italian, Portuguese and Romanian.

All these languages are descendants of the so-called Vulgar or spoken, Latin.

Latin was developed in the Western Roman Empire.

After the Roman Empire crashed, during decades Latin language succeeded to survive somehow.

However, over time every part of today’s ‘Romance’ countries developed dialects of Latin, and then written languages.

Perhaps many of you knew that Spanish is a Romance language but knowing its roots can be useful for many reasons.

Next time when someone asks you how come that you plan to learn not only Spanish, but French and Portuguese as well, just tell them this quick story.

4. There are 21 Spanish speaking countries in the world

We bet you don’t know the name of every country where Spanish is spoken.

Europe, North, Central and South America, even Africa are homes of this Romance language.

Spanish is in fourth place as a language spoken in several countries, right after English, French, and Arabic.

With more than 450 million speakers of Spanish, this language is the second most spoken language in the world.

Here is one more interesting fact: In the United States, more than 43 million people speak Spanish as their first language, which is 13 percent of the population.

After these exciting facts, admit that you still don’t know where is Spanish spoken in Africa. Here’s a little clue; take a glimpse at this post about 21 Spanish speaking countries.

In Spanish, the Spanish language is called ‘Español.’

It can also be called ‘Castellano.’

Which one is proper to use?

The answer is simple: both of them.

When Spanish speakers say ‘Castellano,’  they refer to the Spanish word for ‘Castilian.’

There is a contrary opinion that Español is the official language in Spain and Latin America. Spanish evolved from the Castella region in Spain.

Originally the name given to the language was Castellano.

It was the language spoken in Castilla la Vieja, which is the base for Spanish we learn and speak today.

The terms can differ from regions, and many use them to show their social and political views.

In English, ‘Castilian Spanish’ refers to the language spoken in Spain.

The term ’Espanol’ refers to the Spanish spoken in Latin America.

Castellano or Español, you won’t make a mistake. 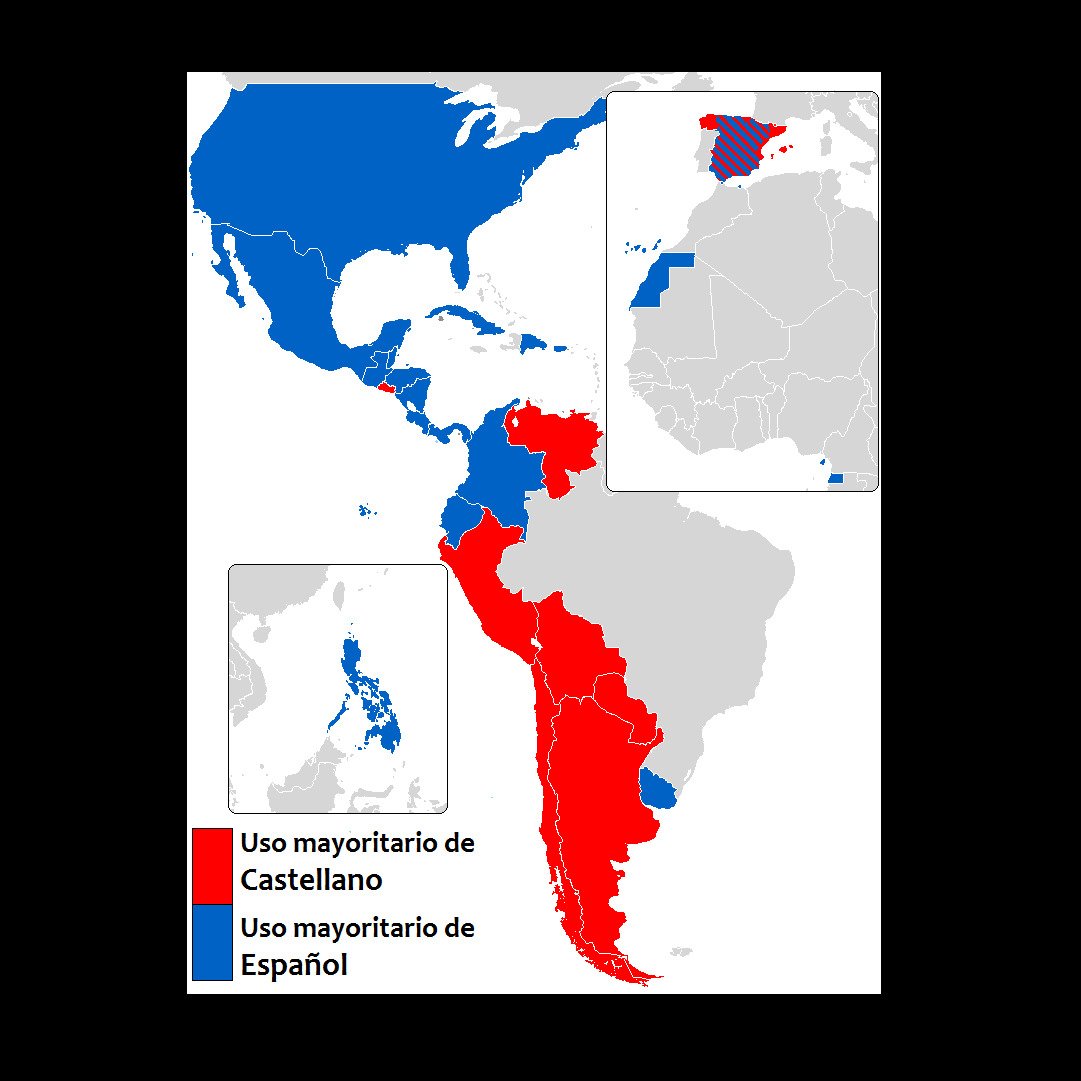 6. There are differences between Spanish in Spain and Latin America

Even though Spanish is spoken in 21 countries over several continents, there is a slight difference in Spanish spoken in Latin America and the one spoken in Spain.

Let’s make something clear from the beginning: they understand each other perfectly.

Well, perhaps not entirely perfect, but communication is easy.

It is not a different language; it is the same language with some little distinctions due to limited communication.

It was when the Spaniards colonized Latin America.

With architecture, art, etc., they brought the language, too.

Over time, the differences appeared because all those colonies started to develop independently from each other, and their colonizer as well.

At that time, communication wasn't so easy like today.

Many regions developed their own phrases, rules, or vocabulary.

For example, the word vos, which actually alludes to vosotros, and that means you, is used in Paraguay, Uruguay and Argentina. However, today these countries use the word vos to be polite.

7. Spanish is not the only official language in Spain

Even though Spanish is very popular, it is not the only official language in Spain.

Other co-official languages are Aranese, Basque, Catalan, and Galician.

The Aranese language, a dialect according to linguists, is spoken in northwestern Catalonia, Basque language in the Basque Country in Northern Spain and Southwestern France, Catalan in Catalonia, Valencia and Balearic Islands, and Galician in the northwest coast of Spain.

The Catalan language is the only official language in Andorra.

During Franco's dictatorship, many of these languages were suppressed, and it wasn’t allowed to speak any other language than Spanish.

Along with democracy, all these languages came back to the scene.

Today, all of them are accepted, and communication in these languages is respected in the entire country. 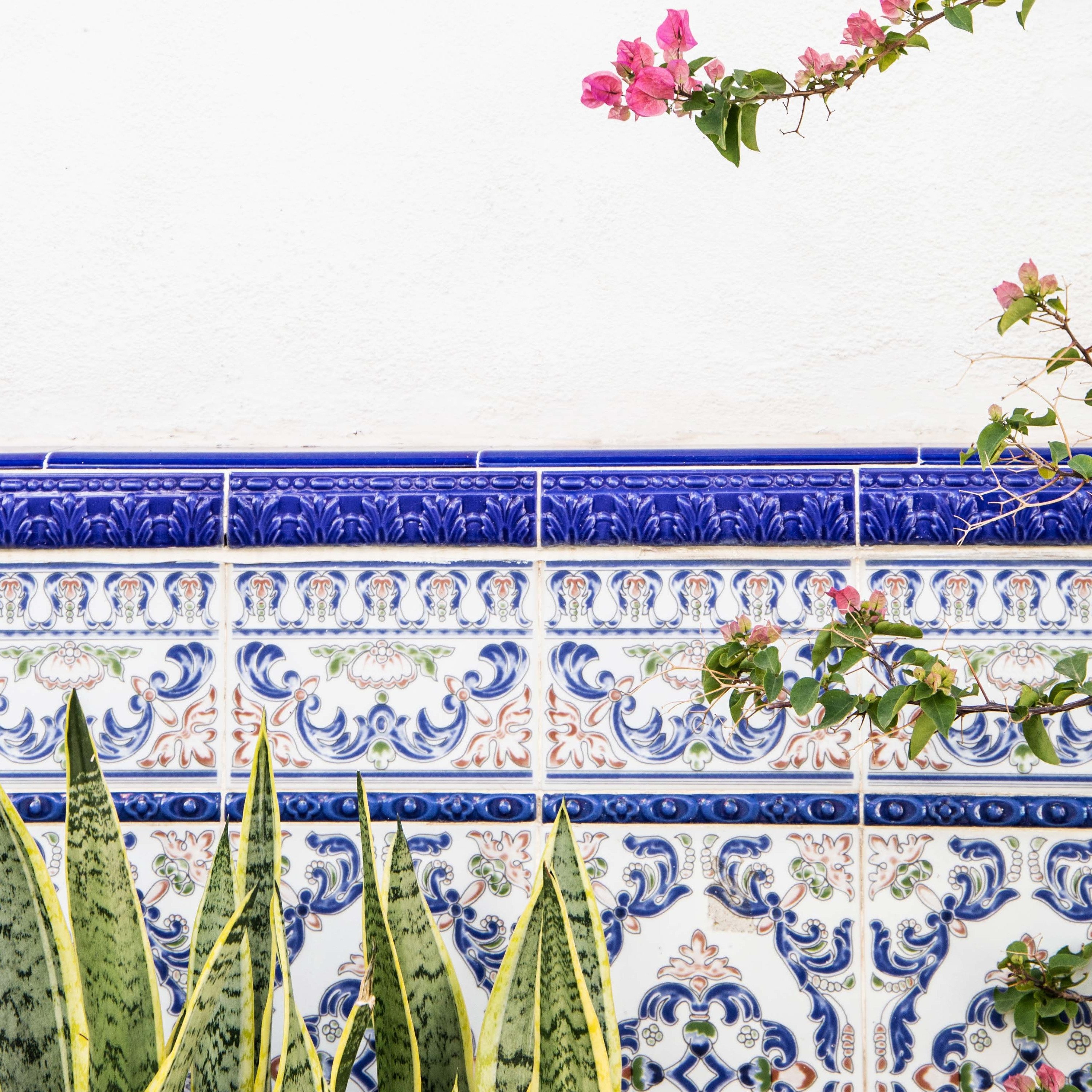 The Iberian Peninsula, where Spain is located, was conquered by the Arabians in 711 and lasted until 1492.

Over time, Spanish and Arabic were mixed.

Since Arabians brought their art, architecture, culture, and language, too, it had a big influence on Spain.

Their influence on the language resulted in about 8.000 loaned words that came from Arabian.

There are hundreds of place names in Spain and Spanish speaking countries that come from Arabic.

For example, Andalucia, the second largest autonomous community in Spain is derived from Al Andalus, which is the Arabic name for Muslim Iberia.

Or  Guadalajara, city and province, from Arabic Wādī al-Ḥijārah, which means River/ canyon of stones.

If you perhaps are familiar with this fact, we bet you didn’t know that given names Almudena and Guadalupe, common Spanish names, share Arabic etymology.

9. Spain is the largest producer of olive oil.

Admit it that you’ve always thought that Greece is the largest producer of olive oil, or at least Italy, but you’ve never assumed that this could be Spain.

With 44 percent, Spain is the first country in making olive oil.

This makes Spain the top one in producing olive oil with 1.5 million tones.

And what is more surprising is that 10% of the total world production comes from the Spanish province Jean in Andalusia.

Thanks to it, not only do they live longer as we said, but they prepare fantastic food.

Take a pick at the yummy article about Spanish food. 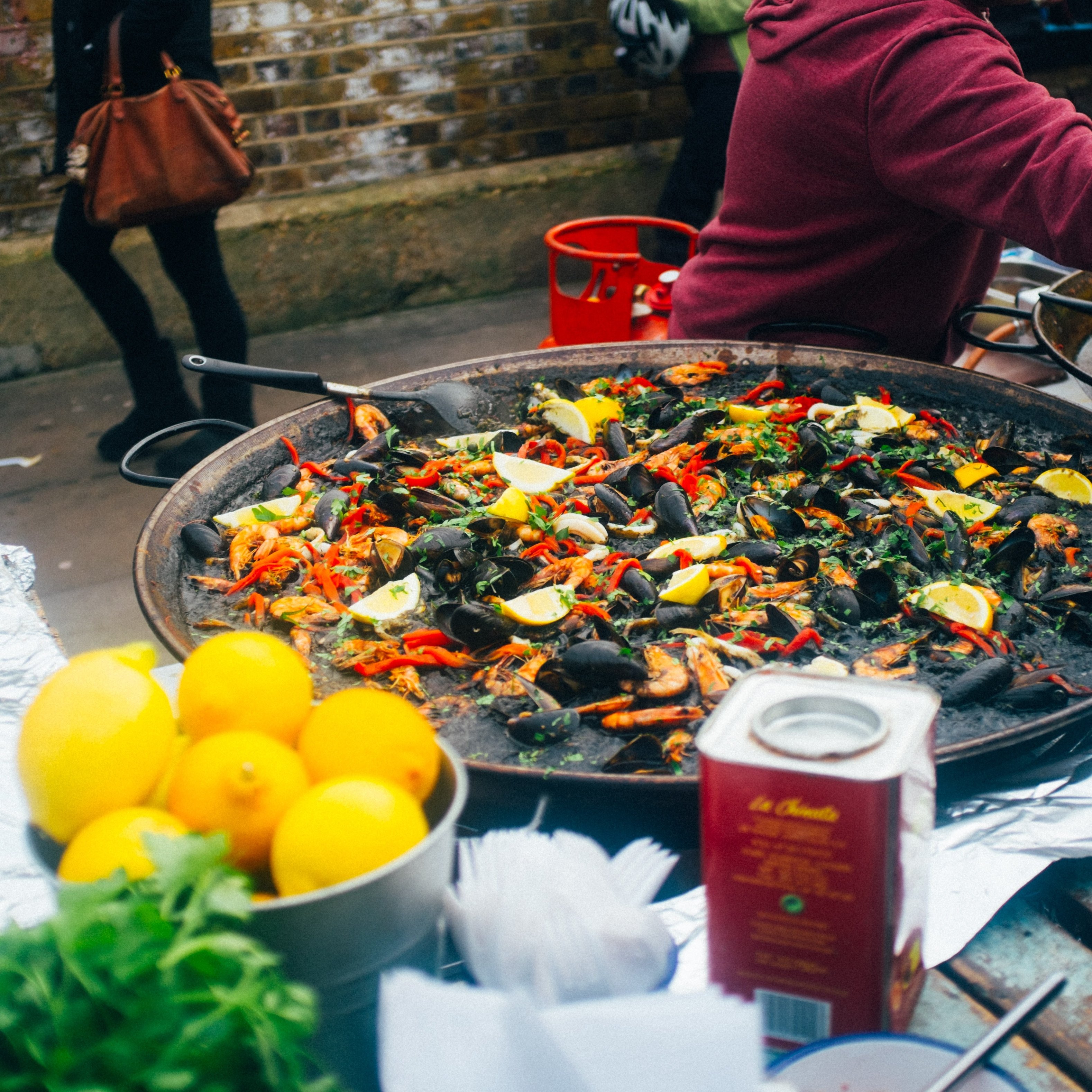 As the last fun fact, it would be a pity if we didn't mention the cutest one: the tooth fairy.

For those who forgot, the tooth fairy is a fantasy figure.

When children lose their baby tooth, they place it under the pillow.

The fairy comes over at night, takes the tooth and gives them something they wished for: usually some doll, or a small payment.

Before you start panicking and start feeling sorry for Spanish kids, give us a second to explain that instead of the tooth fairy, in Spain there is a magical mouse called Ratoncito Pérez.

Just like the tooth fairy, he comes over at night and gives the children a small payment in exchange for lost baby teeth.

Note: if you have kids, be careful of how you are going to tell them this fact.

Now, after all this exciting information, you can say that you really know everything about Spain, its language, and culture.

Well, perhaps not everything, but certainly a lot.

These interesting facts can be a starting point for learning the language.

Through them, you are learning fun facts about Spanish culture, history, language development, etc.

On the other hand, the best option for learning the language is conversation.

Spanish tutors are available for you on Justlearn.

All of them are native speakers, so, who knows, maybe you learn more inspiring facts about Spain.

If you do, would you share them with us?

Let’s all have fun with fun facts.

What are five interesting facts about Spain?

In Spain, nudity is legal. They were once a kingdom. Spanish is second most widely spoken language.

What are the Spanish known for?

What are 3 interesting facts about Mexico?

It's actually called United Mexican States. There are 31 states in Mexico. It's the 11th most populated country in the world.