25 French Slang Words to Sound Like a True French

So, you decided to learn French slang and sound like a true native speaker?

Slang words and phrases are an important part of every language. 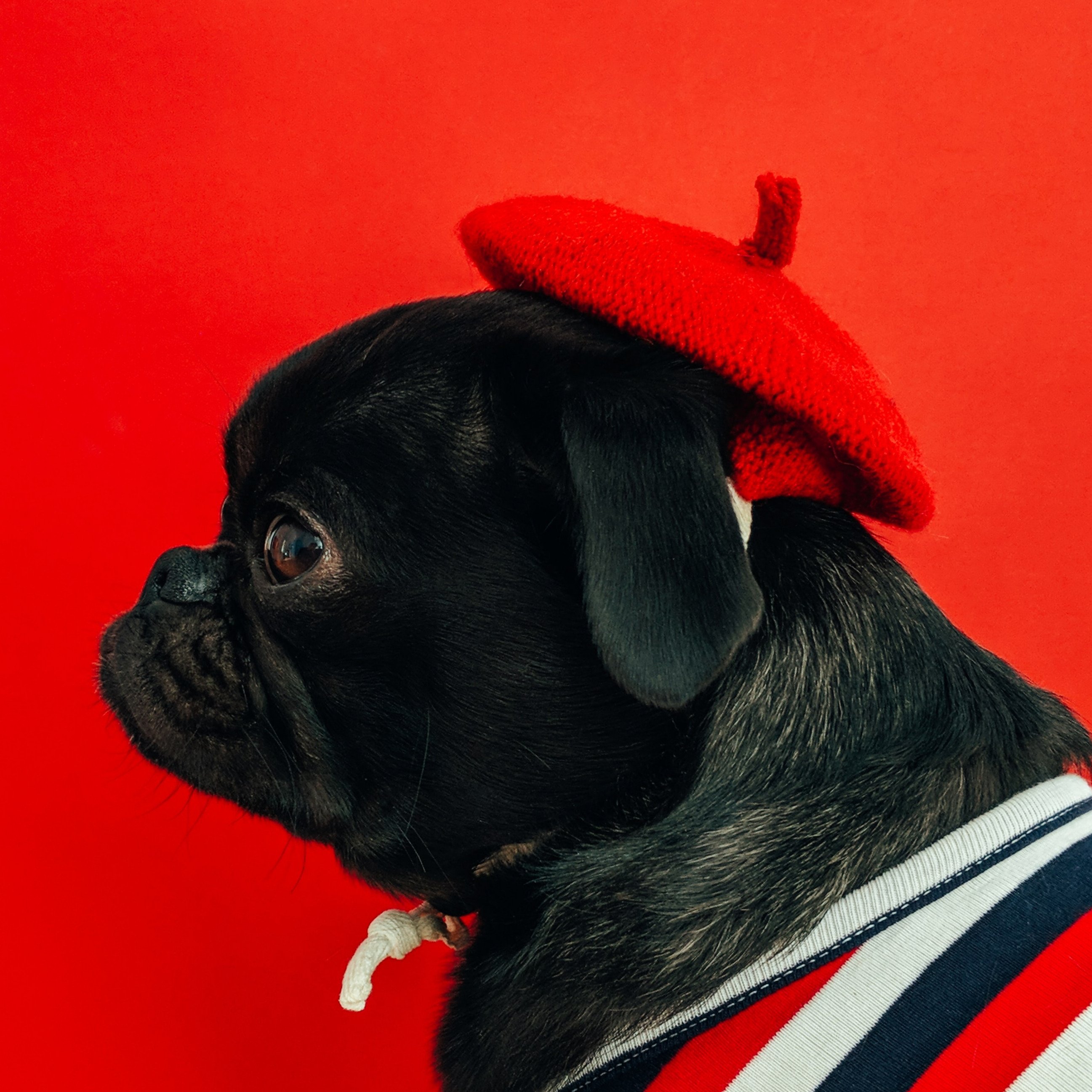 Well, you don’t have to waste your time, not even a minute.

Thanks to the following examples of French slang words and phrases that we gathered for you, you can ‘sound like the locals in France or another French-speaking country.

After this article, everyone will be quite impressed with your knowledge of French slang phrases, so stay with us.

To impress native speakers even more. book a lesson with French tutors on Justlearn.

Like we mentioned, slang words and expressions are a natural part of every language and can also help you to understand French culture.

According to the Cambridge Dictionary, slang is informal language, rather spoken than written, used by particular groups of people.

Unfortunately, slang words can’t be learned in schools because the education we get there is more formal.

Another reason for this is that slang expressions are dynamic. They are changing all the time, so by the time you learn some phrases in school, they can become outdated.

It’s also pretty sensitive since some of the expressions are no longer used, while others are used only by teens.

However, the benefits of learning French slang are numerous.

We are going to mention some of them:

How to learn French slang effectively

Even though learning French slang can be defined as one of the most interesting parts of the language to learn, it isn’t so easy.

However, in the following several lines, we will try to go give you some tips on how you can learn French slang effectively.

The Most Common French Slang Words

Before you start memorizing new phrases, it’s good to repeat some common French phrases and expressions for every situation.

After you’re done, then go ahead and dive into the world of Argot (slang in French).

It literally means ‘bullet.’ After 2002, when France changed its currency to euro, then the word ‘balle’ started to refer to money.

In English, this word is literally translated as ‘a small house made of planks.’ Today, this word is used as an adjective to describe someone really muscular. As a noun, it refers to a house like in the following example: ‘Nous emménageons dans notre nouvelle baraque,’  which means ‘We are moving into our new house.’

This one is an acronym for the ‘beau gosse,’ or, in English, ‘hot guy.’

However, the word ‘gosse’ refers to a child if used alone, and in Canada, Quebec, it is feminine and has a different connotation from the one in France. It refers to men parts of the body that is used in the plural.

So, be careful about how you are going to use this word.

It is one more acronym that stands for ‘bien chic bon genre’ in the meaning of preppy in English.

The word is used as baby talk if someone has injuries. However, teens use it often, even for small injuries like cuts and bruises.

It literally means ‘to puff up.’ In slang, it is often used instead of the verb ‘manger,’ in English, ‘to eat.’ Therefore, the noun ‘la bouffe’ is also used as one more word for food.

Like in English, the word ‘cool’ can be used in French, too. However, an ideal equivalent in French is ‘chouette.’ You can say, for example, ‘Ta copine est chouette,’ which means ‘Your girlfriend is cool.’

This slang is used to express when you are angry or annoyed. Take a look at the example: ‘Jacque est vénère,’ which means ‘Jacque is annoyed.’

In the meaning ‘get out!’ this slang word ‘file’ is excellent when you don’t have enough energy to waste on multiple words. A less strong equivalent can be ‘to va t’en.’

This word teenagers mainly use when they want to say something is perfect.

It means ‘to like something.’ It is used to work best as a hobby. However, if you use it in the sentence for a person, like, for example, ‘kiffe quelqu’un,’ then it means that you desire that person.

Another word ‘Flic’ is the term for cops. However, the word ‘poulets’ is more abusive than ‘flic.’

This word refers to boyfriends and guys in general.

At first, this word originally meant ‘femme.’  And since it referred to everything feminine, over time, it started to describe a girl, girlfriend. However, pay attention when you use it because it also has pejorative connotations.

This word has two different meanings, depending on the context. On one hand, it means ‘haters,’  and on the other, it’s a substitute for the verb ‘comprendre,’ that is, ‘to understand.’

The Most Common French Slang Phrases

You can use this slang phrase in cases when you want to tell someone to stop being a show-off or stop bragging.

This phrase is a replacement for a well-known Ça va? -Ça va!

The English translation would be ‘How are you? Good.’

If we say that, literally, this phrase can be translated as ‘It’s anything,’ then you would be confused. When to use, why to use, what’s the point of using it, right? This slang phrase, however, is used to say ‘It’s nonsense.’

This one can be translated as ‘He doesn’t understand anything.’

If you want to put more emphasis on this phrase, then you can say ‘Il capte trois fois rien.’ The ‘trois fois’ means ‘three times,’ so when someone doesn’t understand a single word, then in French slang, this extended-phrase can be used.

This one is pretty familiar, and more generations tend to use it. It means like ‘I’m outta here!’

It can be used as a suggestion like ‘On se casse’ in the meaning ‘Should we get out of there?’

The word ‘creux’ means ‘hollow.’ This one can be translated into the meaning that you have a hollow, a place in your stomach. Precisely, it means that you are very hungry.

The word ‘flemme’ comes from the ‘flegmatique’ but as a part of the slang phrase, the word ‘flamme’ has a bit negative connotation, such as laziness.

When someone says it, it means that they are a lazy person.

Literally translated, it means ‘Let it fail,’ but it is used as ‘Let it go.’

It is similar to English ‘Drop it,’ but the French version is a little less aggressive than this one.

‘Une vache espagnole’ means ‘Spanish cow.’ You probably foresee that this phrase is not used in a positive meaning. It is mainly used to express someone’s language skills, but not in a good way. When you use it, it means that someone is not speaking the language very well.

There it is. A slang phrase where French words are used in English..or another way round. Anyway, this slang phrase can be translated literally and not to sound weird, but to explain the meaning and context where it can be used. It means ‘to lose one’s head.’

This phrase is an abbreviation for the ‘Sans déconner.’ It can be explained as ‘You’re not kidding.’ However, this is a bit more vulgar expression than in English. If you want to use this phrase, but not to be so vulgar, you should say ‘Sans blague’.

This one is a short version of Ne t’inquiète pas,’ or ‘Don’t worry.’

So, you can choose which one you want to use..

When you say ‘un coup de téléphone’ even though it literally means ‘a hit of telephone,’ it surely doesn’t refer to a hit. It is used for a phone call.

Keep in mind that slang is changing very fast.

It also differs from region to region inside one country. And from country to country.

Don’t forget to pick up slang from movies, TV shows, or podcasts. They are a great source of vocabulary.

Our advice is simple: learn slang so that you can understand it. And use it only when the timing is appropriate. Locals will be quite impressed.

What is French slang called?

What does Binks mean in French?

What does Chouette mean slang?